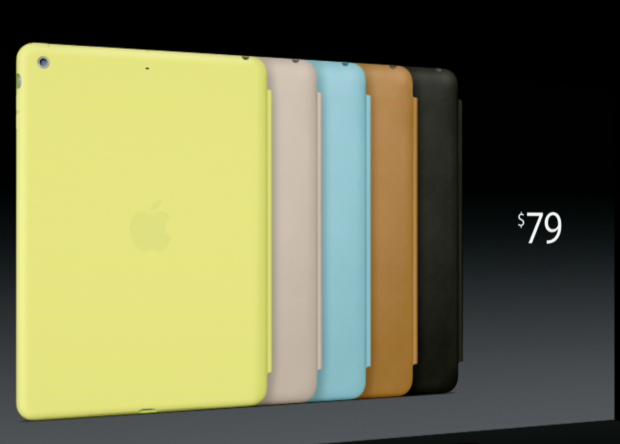 As for the $79 Smart Case, it’s made out of leather and is basically an extension of the Smart Cover, coming with a shell that covers up the entire tablet when you have the Smart Cover portion closed. This is great for complete protection of your iPad, since the Smart Cover only protects the screen and not the aluminum shell of the device.

Apple didn’t say anything about color selection during the event, but the photos on the slides that they presented show that the Smart Cover will come in red, yellow, blue, green and black. The Smart Case will come in slightly classier colors, including yellow, blue, gray, brown and black. Apple did announce, however, that these new accessories will be available in Product (RED), but no pricing was announced for that version (if there will be a pricing premium, that is). 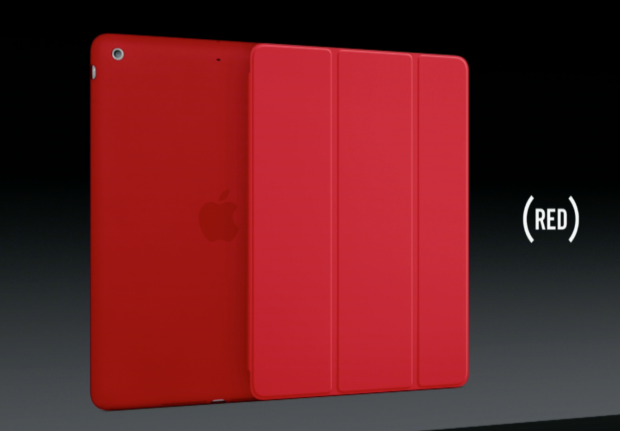 You’ll be able to purchase a Smart Cover or Smart Case with your new iPad Air or mini starting on November 3. The iPad Air starts at $499, while the latest iPad mini starts at $399, with the previous-generation iPad mini now down to just $299.