As expected, Apple has announced its latest iPad, dubbed iPad. Pre-orders have been available since March 7th, the date that Apple announced the device, and it will be arriving on shelves and on the door steps of some pre-orderers on March 16th.

The new iPad is a sizable upgrade over the previous version of the iPad 2. It includes a Retina Display with quadruple the resolution of the previous versions of the iPad. It has an upgraded Apple A5X dual-core processor that is capable of pulling down quad-core graphics. It also has optional 4G LTE data speeds and an upgraded 5MP iSight rear camera.

Needless to say, it’s a device worth looking at if you’re in the market for a new tablet. Below, Apple shows off the Retina Display of the new iPad, one of the biggest reasons to upgrade

Buying a new iPad can be a complicated process though.

There are different models, different storage options, and different data plans. And, if you already own an iPad, you may not even want to make the upgrade.

Well, in an effort to make the process a little less painful, we have rounded up articles that should clear up some of the questions you may have asked yourself in the days since the launch.

Should I Buy the New iPad?

If you don’t already own a tablet and you’re thinking about picking up Apple’s latest iPad, you probably have quite a few questions running through your head. The most basic one is probably:

You’ll likely find answers to your many questions there. But you’ll probably want to dig a little deeper.
Many of us here at GBM bought the new iPad. Here, you can read about which models we bought and why.

Before pulling the trigger on a new iPad, you’re going to want to at least take a glance at the competition. The iPad isn’t the only tablet available on the market after all. Tablets like Amazon’s Kindle Fire and Samsung’s Series 7 slate bring some pretty enticing features to the table as well.

Maybe this isn’t your first iPad rodeo. Maybe you already own an iPad 2 and have the tough task of deciding whether to keep your current model or make the upgrade to the new version.

The first thing you’ll want to do is check out a comparison between all three devices:

Then, you’re going to want to take a look at our answer to the question:

When it comes to the price of the new iPad, buyers are going to be presented with six different options, all of which will be familiar to those that picked up either of the two original iPads.

The new iPad starts at $499 for the most basic model. That model of course is the 16GB Wi-Fi only iPad. The most expensive iPad is the 64GB 4G LTE model which comes with an $829 price tag.

So you’re going to need to ask yourself a couple of questions here:

It doesn’t stop there though. There are differences between the 4G LTE models for AT&T and Verizon and you’ll want to determine which is a better fit for you:

You’ll also want to decide whether you need a model that has 64GB of space or 16GB.

You should also know that Apple offers a warranty service called AppleCare+ that many of you might want to consider when making your purchase.

It’s not for everyone though so you’ll want to make sure you need it before throwing down the $99 fee. 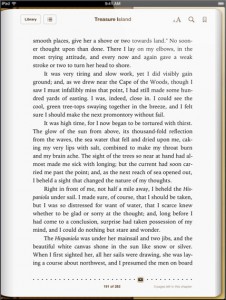 Right now, the new iPad is up for pre-order. However, the demand, as Tim Cook puts it, is “off the charts”, so off the charts that the device has currently sold out in the markets that it’ll be launching in on Friday, March 16th.

As of right now, shipping dates in North America and elsewhere have all been pushed back to 2-3 weeks after launch and they will likely slip even further once the device officially arrives.

What this means is that those looking to get it on launch day, that haven’t yet ordered, are going to have to head down to a local retail store to attempt to pick one up.

No easy task, but we’ve got the essentials covered:

How and Where to Trade-in Your Old iPad

Maybe you’re set on upgrading, but you already own an iPad. Well, you have several different routes that you can take. The first is to sell your iPad for maximum profit.You can find the best way to do that below.

Or, you can take another route and do what our own Kevin Purcell does and find a way to upgrade without actually selling the device.

Now, there also might be a few of you out there that just bought the iPad 2, without knowing that Apple would launch a new iPad shortly thereafter. Depending on where you bought it, you might be able to return your device for a full refund.

You might also be able to have the store where you bought it match the price difference. Apple and Best Buy have dropped the price of the iPad 2 and if you bought it very recently, we’re talking two weeks, the companies will likely give you the difference which you can then put towards a new iPad.

Or something else entirely.

Where Can I Buy It?

As of right now, there are only two places where you can buy the new iPad. Apple’s Online Store and Radio Shack. Radio Shack’s offer is not a guarantee though. Instead, you’ll put down $50 on a gift card, that you can use towards your purchase, which will put you in line for the chance to buy one on the March 16th launch date.

However, after launch day, there should be a number of retailers that carry it.

In the video below, you can how long the line can get on launch day:

Here are the stores which have confirmed that they will be carrying the new iPad when it arrives on Friday:

All of these will have it available online at the very least and there will likely be a limited supply inside the physical locations as well. You’ll want to call your local store in order to confirm that to be the case as availability will differ from store to store.