New iPad Lasts Over a Day as Personal Hotspot

One of the biggest draws that Verizon’s version of the 4G LTE iPad has over AT&T’s is that Verizon’s model has support for the mobile hotspot feature. AT&T says that might come in the future but it hasn’t said exactly when it will arrive. Mobile hotspot support allows users to connect up to five devices to the iPad and get access to data. It’s an extremely useful feature where Wi-Fi is not available. Well, it seems Verizon’s mobile hotspot has another useful function: the ability to last for over a day.

AnAndTech put the Verizon iPad through a test and discovered that the iPad can serve as a mobile hotspot for more than 24 hours.

To be specific, it can last around 25.3 hours on a single charge. 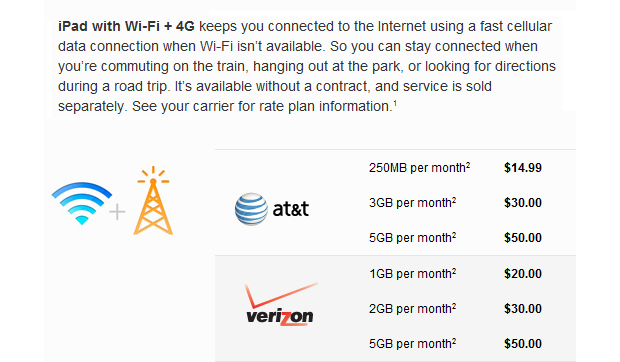 Now, granted, it can only last for that long when the device’s display is turned off, the new iPad rocks a high-resolution Retina Display, but it’s still a nice trade-off for those that often find themselves without Wi-Fi when in need of a connection.

Luckily, on Verizon, this feature comes bundled in with the iPad’s data plan. With smartphones, it costs an extra $20 a month. That’s quite the gesture from Verizon, and a reason why many might want to consider the Verizon iPad over AT&T’s.

As of right now, Verizon’s iPad is the only one that offers this kind of support. The AT&T model does not have mobile hotspot enabled and the company has been mum as to when it might start offering the service.