According to a report from Chinese blog MyDrivers, courtesy of UnwiredView, the new iPad release date in China is slated for the end of the month and specifically, on July 27th.

Apple has not confirmed that date as of yet.

The news comes shortly after Apple was able to settle a lawsuit with Chinese company Shenzen Proview Technology who once held the rights to the iPad name in China. 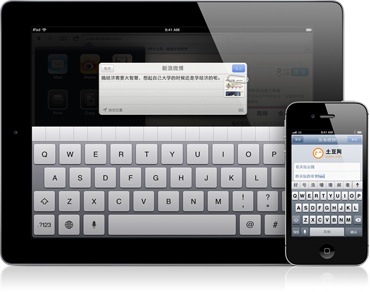 The new iPad might hit China on July 27th.

After paying $60 million, Apple now owns the rights to the iPad name in China clearing the way for a full-fledged launch sometime in the future as China has already approved one iPad model for launch within its borders.

Apple has made it very clear that China is a market that it wants to tap into.

The company has been making a strong push into China as it has opened several retail locations where it offers its iOS-powered devices.

In addition to the new iPad, the importance that Apple has placed on China is evident in iOS 6 as a number of Chinese-specific features will be arriving with the software.

iOS 6 will be arriving this fall but it looks like the new iPad might arrive in China before it launches.