Apple’s released a TV commercial for the new iPad that highlights the tablet’s high-definition display. The ad will presumably be the first to run on national television networks leading up to the iPad release date of March 16.

Rather than focusing on specifications, the new iPad commercial focuses on the benefits and what it means to end users. This is typical of recent Apple commercials, while many of its competitors focus on speeds and feeds. Apple is clearly addressing the mass market rather than speaking directly to geeks, who are more than capable of finding the new iPad’s specs online without Apple’s help.

“When a screen becomes this good

Everything is more brilliant

Because when a screen becomes this good

It’s simply you and the things you care about.

The stunning Retina display on the new iPad.

The commercial tells us that the new iPad’s Retina display is its primary selling point. There’s no mention of 4G LTE, iOS 5.1 or new apps, such as iPhoto. There’s also no mention of pricing or storage options in the commercial. The iPad’s retina display has a resolution of 2048 x 1536 pixels, higher than what’s found on laptops, external displays and HDTVs.

Apple’s managed to successfully sell the iPad to the masses by focusing on the basics, while some of its competitors have unsuccessfully pushed specs and features that appeal to a small segment of the population.

Here’s an example of an Android tablet commercial for the Motorola Xoom from last year. 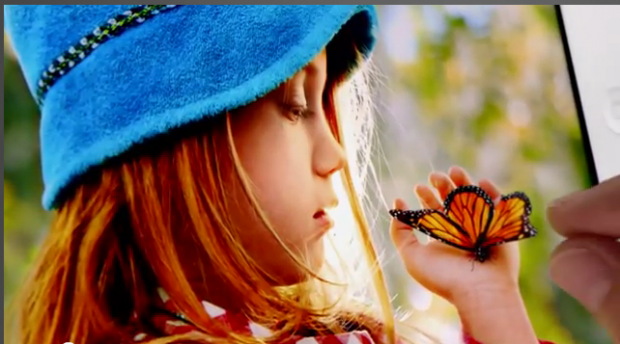 Apple smartly included plenty of images of children in the new iPad commercial, something just about everyone can relate to. That’s an old marketing trick, but one that’s stood the test of time.