With just days until the Apple iPhone event, it appears that Apple is working behind the scenes to prepare for the big event.

The Internal Apple inventory system has been updated with new product information for a new iPhone 4 and several iPod Touch product numbers according to a tip sent to 9to5Mac.

The new iPhone 4 product number points to a pair of iPhone 4s, which likely represent the new iPhone 4S. The codename of these devices is N90A,  which is a slight variation from the original iPhone 4’s N90 codename.

This is quite likely the second iPhone that Apple has been rumored to announce. 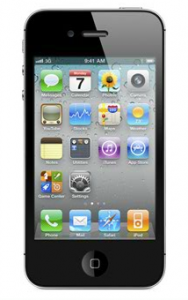 Is there an iPhone 4S?

There have been back and forth rumors about the existence of an iPhone 4S, but this new information suggests that Apple might at least offer a cheaper 8GB iPhone 4 this year. Coupled with iOS 5, the iPhone 4 could give Android a challenge in the mid-level smartphone range.

As 9to5Mac points out, it is very unlikely that Apple would choose to give the N90A code name to the iPhone 5, which we expect to see announced by Tim Cook on Stage at Apple headquarters on October 4th. The new iPhone 5 is expected to feature hardware changes, possibly including a teardrop shape and larger screen.

Despite the back and forth on the rumor that Apple will announce an iPhone 4S and an iPhone 5 at the upcoming event, there is a precedent for announcing a cheaper iPhone. Apple announced a 8GB version of the iPhone 3GS in 2010 when it announced the iPhone 4.

In addition to the new iPhone 4 model, there are three new iPod Touch models, which bear the N81A codename. Again, this is a slight variation of the current iPod touch codename N81. These likely represent white iPod Touch models in 8GB, 32GB and 64GB sizes. Based on these new SKUs, it is unlikely that Apple will deliver a major iPod Touch update. The good news is that Apple doesn’t appear to be killing off the line of touch screen musical players.

That’s more than we can say for the iPod Touch Classic and iPod Shuffle, both of which are rumored to be on the wrong end of a pink slip this year.

It is surprising to see a lack of updates to the iPod Touch, especially with Android competition like the Samsung Galaxy Player 4 and Galaxy Player 5 Android touch screen media and music players on the horizon. Perhaps Apple isn’t seeing the demand in this area, or doesn’t feel threatened by the competition.

The iPod Touch will get iOS 5 alongside the iPhone 5, iPhone 4 and iPhone 3GS in October. This update brings oer 200 new features to Apple mobile devices including revamped notifications, a to do app, better camera support and many more.

The iOS 5 introduction video below highlights some of these new features, or for an in depth look at what’s coming, read: iOS 5 release date and What’s new in iOS 5.

While you wait for the official news, why not read What to Expect from Apple’s iPhone 5 Event.