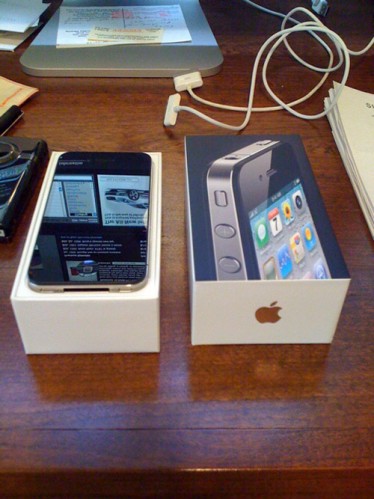 Wacky and crazy. If you’ve ever followed the adventures of a new Apple gadget to delivery day,  you know how trying to decipher the UPS or FEDEX messages can make you batty. Early this morning word popped out that some who pre-ordered the new iPhone (including Sumocat) would be receiving their new iPhones a day early, as in Wednesday. Now this afternoon word is flying around the Internet that some orders are being delivered today. I’m sure we’ll be seeing hands on reviews soon for those who got lucky, as well as the major media sources who are probably steamed given that they were probably looking at an embargo that would expire at 9pm tonight.

Purely speculation on my part, but I’m guessing Apple and AT&T are letting some devices be delivered early to try and avoid the server crush when all those 600,000 plus new iPhones attempt activation. We all know how much fun that would cause. Although according to at least one source, those who have a new iPhone in their hands today are finding that they can’t activate them yet.