Apple may be prepping a major redesign of the iPod Nano, ditching the watch-friendly iPod Nano shape for a larger display and a home button.

The new iPod Nano rumors come from Macotakara by way of AppleInsider, and include a rendering that looks similar to the iPhone Nano rumors from years past.

Macotakara’s “reliable Chinese source” claims the iPod Nano will no longer feature the square shape, but will feature a rectangular display and the iconic home button. 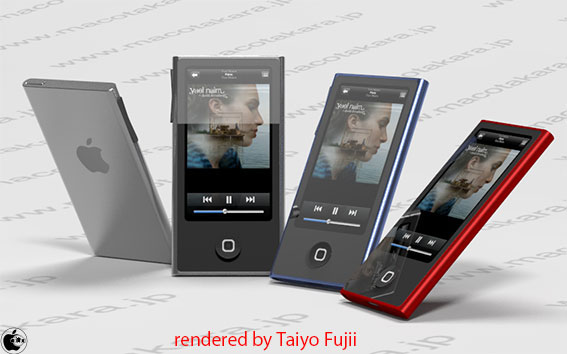 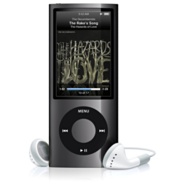 The new iPod Nano report claims that the new version will feature a larger touchscreen, sitting somewhere smaller than the iPod Touch and iPhone’s 3.5-inch displays. The rendering above shows what the new iPod Nano might look like.

The details come from a source that has seen a leaked case for the new iPod Nano, a source who also suggests that Apple will launch this update in the fall.

This new iPod Nano is said to be smaller than the iPad Nano with a click wheel, and thinner than the current square iPod Nano thanks to the removal of a clip.

If Apple adds a decent size touch screen display to the iPod Nano, we might see apps targeting the smaller and cheaper iPod.

The iPod Nano currently supports no third-party apps and runs a different version of iOS. While the source didn’t confirm the ability to run apps on a redesigned iPod Nano, a larger screen and new home button suggest apps are at least a possibility.

The new iPod Nano may ditch the look of the current iPod Nano.

Apple is expected to launch the iPhone 5 in October and engineering samples suggest Apple is also working on an iPad Mini for a fall launch.

Given all of the current rumors, Apple looks to be rounding out their product lineup for a major holiday push at all price points.