Apple skipped out on new iPods for 2013, which means shoppers may see a few more deals this holiday season and those who want the latest technology for gaming may need to buy an iPad or an iPhone.

New iPods were the go to announcement for Apple every fall, but this year Apple announced the iPhone 5s, iPhone 5c, iPad mini 2  and iPad Air — but no new iPod touch or new iPod nano.

Many, including us expected a new iPod touch and new iPod nano at Apple’s September iPhone event. Apple quietly rolled out a new color for the iPod touch, iPod Nano and iPod shuffle, but did not update the actual devices with new processors or features. In May 2013 Apple announced a cheaper iPod touch that stripped the camera out and cut the price down to $229.

As it stands the iPod touch, which was once a go to device for parents who were looking for a portable gaming device that could also serve as a camera, web browser and messaging machine is now several generations behind the iPhone and iPad mini 2. 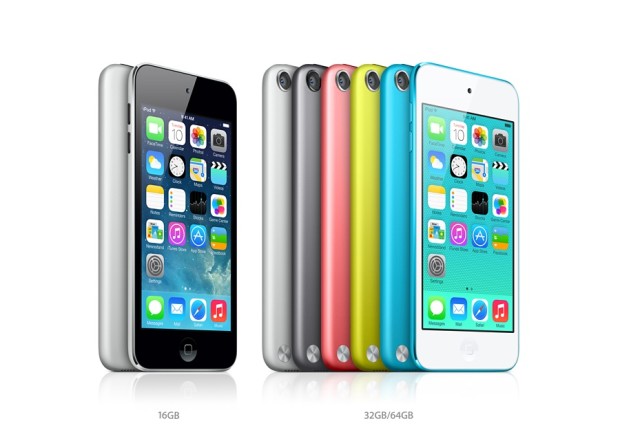 There is no new iPod touch for 2013, which makes the iPad mini 2 and iPhone 5s a potential target for some shoppers.

The iPod touch runs on a two-year old Apple A5 processor, like the iPad mini and the iPhone 4s. Meanwhile new games like Infinity Blade 3 and other graphically intense games are designed to run best on newer Apple A7 64 bit processors like those in the Phone 5s, iPad Air and upcoming iPad mini 2 with Retina Display.

If you are dead set on buying a new iPod touch this shopping season there is no need to wait for a new model to arrive. It would not make sense for Apple to update the iPod touch line so close to the holidays, which means at best a new model is likely in spring 2014. We could see a few good iPod touch Black Friday deals arrive that offer savings of $50 to $60 in the form of gift cards, but shoppers should be on the lookout for deals that are actually for the older iPod touch 4th generation which does not run iOS 7 and won’t deliver the same gaming performance as newer devices.

Here’s a breakdown of the prices for the iPod, iPhone and iPad. The iPhone prices are with a two year contract.

The iPod touch is $299 and the iPad mini 2 with Retina Display starts at $399. Depending on the person you plan to buy the iPod touch for, this iPad mini 2 may make more sense. The iPad mini 2 features a high-resolution display that is great for gaming, watching movies and reading. The size is still fairly portable, though it won’t fit in a child’s pocket as easily. This device can also be paired with a keyboard for some school work if that’s a factor worth thinking about. The iPad mini 2 release date is set for November, but it will be in short supply, so plan to order fast if it is on your holiday gift list.

The iPad mini with Retina display might be a better choice than a $300 iPod touch.

Another thing to consider is whether an iPhone 5s or iPhone 5c is a better buy than an iPod touch. The prices start at $199 and $99 with discounts at some carriers and retailers bringing the prices down to $150 and $50 on occasion. The iPhone 5s uses the same new Apple A7 processor as the iPad mini 2 and iPad Air which is great for gaming and the iPhone 5c uses a Apple A6 processor which isn’t exactly a slouch. Going this route brings a monthly plan, but if you already have a phone for your child to use in case of an emergency it may be worth comparing the numbers.

Apple’s iPod sales are in decline, dropping 35% from the previous quarter last year and as Apple focuses on the iPhone and iPad lines we could see the iPod touch and other devices suffer. Apple still sells the iPod Classic which feels out of date, but it doesn’t look like the company plans to cut any members of the iPod family just yet. With rumors of multiple iPhone 6 models in 2014 Apple may be holding the iPod touch to deliver it with a larger screen option next year.