A new iWatch concept surfaced today that’s based on one of Apple SVP of Industrial Design Jony Ive’s watches and a patent Apple filed years ago. There is a lot of speculation floating around that Apple will release a watch later this year that will act as an iPhone companion.

This new iWatch concept solves the problem of navigating on a small screen by utilizing Apple’s patent for a spiral interface originally designed for navigating music libraries. Nickolay Lamm, a Web content producer, put together the following below render. 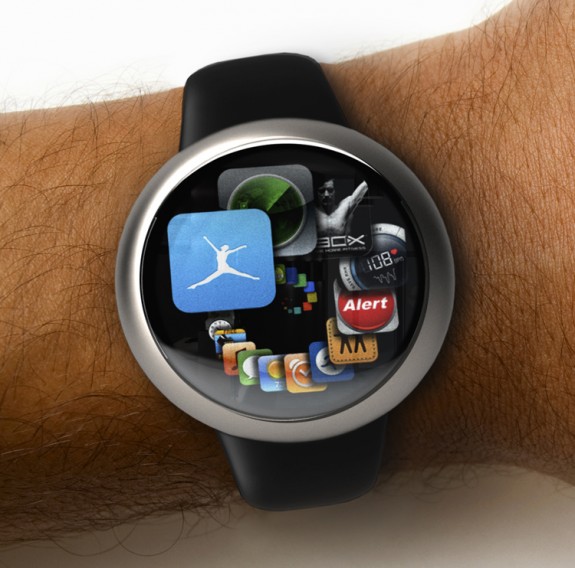 While this render and others are just guesses at this point, the wearable technology space is heating up. Google just released another demo video of Google Glass and Pebble was able to raise more than $10 million to build a companion watch for smartphone users. 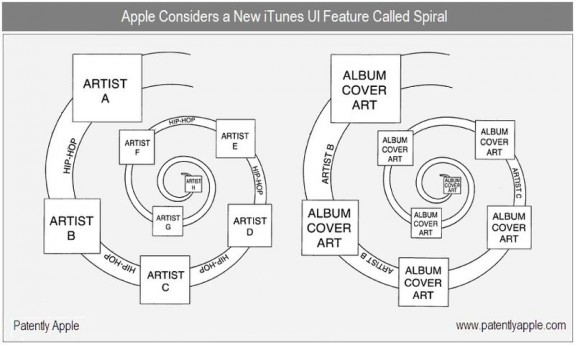 As you can see in the above iWatch render, iPhone app icons are presented in a continuous spiral. Moving a finger in a circular motion around a watch face is much more natural that swiping and performing other gestures on a small rectangular display.

Of course circular navigation is nothing new to Apple. The company first introduced the Click Wheel on the iPod Mini back in 2004 and it can still be found on the iPod Classic today. 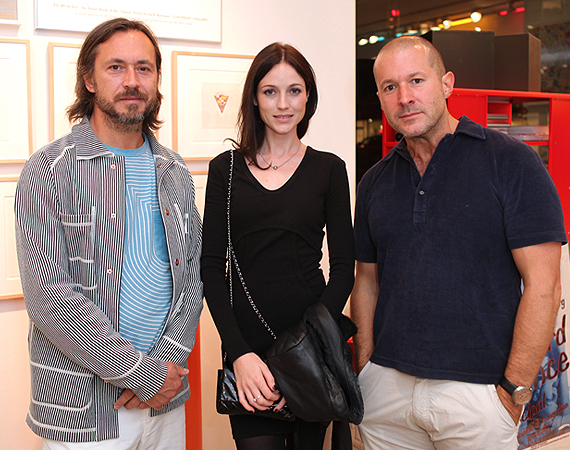 Apple’s Jony Ive is known for his refined taste and for borrowing inspiration from other designers. Lamm partially based the watch face on the Ikepod Geneve Horizon series watch, which Jony Ive happens to wear. Apparently, he is good friends with Ikepod owner and designer Marc Newson.

While other gadget makers, such as Pebble and Nike, sell high-tech watches, we haven’t seen any that Jony Ive himself would likely wear. One thing that separates Apple products from the herd is that they’re each built to a standard that suits both consumers and Apple’s upper management.

Apple currently sells the Nike FuelBand  and other watches online and at its retail stores, but it’s kept any plans for its own watch under wraps. Apple reportedly dedicated a 100-person development team to the iWatch.

Above is another iWatch concept that was released last week and first seen here at GottaBeMobile. It looks a lot less like the traditional round watch, instead going for a look that fits in better with Apple’s existing crop of computers and iOS devices.

One problem will have to solve if it does decide to release an iWatch is display size. There are clear advantages to larger watch faces, as pictured in both of the above concepts, but they may be too large for people with smaller wrists, including many women.