Texting might have already made it to most parent’s list of things to instruct their teens not to do when operating a car, but what about texting others while they are driving? According to a decision handed down in New Jersey, with the right evidence those texting drivers could also be liable in a lawsuit should that driver injure someone or damage property.

The unorthodox opinion came by the way of an earlier opinion from the New Jersey Supreme Court that found a 17-year-old girl who texted had been texting a friend for the better part of a day, including at the exact time he hit and injured a couple, was not liable for that couple’s injuries. It’s not the court’s decision in that particular case, but rather the official opinion of the court for future cases that will raise eyebrows.

According to the court, users who are texting drivers and are aware that they are operating a motor vehicle, and know that the driver will see the text while operating that motor vehicle are liable. This opinion came after a decision by a lower court found that the teenage girl sending the text message couldn’t be charged because she was not actually present in the car, and therefore didn’t cause the driver to crash. 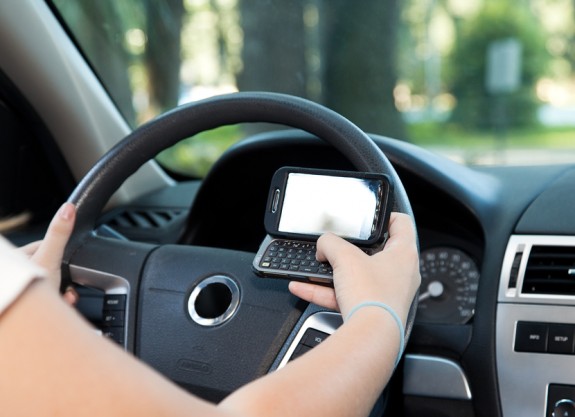 While both courts came to the same conclusion based on the details of the case, the New Jersey Supreme Court’s opinion leaves those who know a user will receive a text while driving liable in certain conditions. In fact, the only reason the lower court’s decision wasn’t overturned is because the prosecution in the case couldn’t prove that the defendant knew the person she was texting would read it while driving.

New Jersey is just one of the many states to have enacted laws that govern the act of texting while driving. However, New Jersey is the first state to interpret such laws in a way that makes both parties liable for any injuries or guilty of a crime.

As texting and driving related incidents has increased, so has the mobile industries response. All four of the largest carriers in the United States have programs that encourage users not to drive, and nearly all automobiles come with some way for the driver to listen and respond to messages without having to look at their phone. Smartphones themselves also have software features that prevent users from texting while driving.

For example Motorola’s Moto X actually uses its built-in sensors to detect of the user is driving. If so, it automatically reads the name of the person sending the message aloud so that users don’t have to take their eyes off the road.