A new state law signed by California Governor Jerry Brown forgives teenagers of their youthful indiscretion on the Internet. Thanks to ubiquitous connectivity with mobile broadband and the rising adoption of smartphones, the mobile revolution has paved new avenues to over-sharing, some of which may haunt people in the future as they apply for jobs.

From the over-indulgence at parties with incriminating Facebook photos to incoherent and provocative statements made on Twitter, from racy SnapChat messages to steamy sexting sessions, the digital errs of youth could now be redacted, at least in California for those under 18. 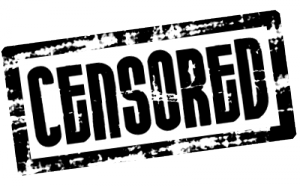 Starting in 2015, if a minor requests, Internet companies must remove online activity. However, erasing a simple post or deleting a picture at the request of a minor isn’t as simple as it sounds, and the follies of your youth may continue to haunt you.

For instance, if you partied a little too hard, and your friend is the one who posted the image on Facebook, the law would not require Facebook to remove that image of you doing a keg stand. If you posted the image, Facebook would have to comply and pull that image if you request it.

If the image was uploaded to social blogging site Tumblr and was re-posted by others, it won’t be removed.

“Web companies also are not required to scrub their servers clean of personal data, just remove the requested item from public viewing,” the San Francisco Chronicle‘s SF Gate wrote. “Under the law, sites can offer ways for users to make the redaction directly, or provide an avenue for users to request one.”

There are still other issues with the laws that opponents have issue with. The law would create a different set of rules for Californians than for the rest of Americans, and this could make it difficult for Internet companies to comply with. Additionally, it may deter companies from creating content for minors or allowing minors to use their services.

Still, the law is a minor victory for privacy advocates. Another clause of the legislation prohibits companies from advertising or marketing content that is illegal to youths. Alcohol, tobacco, and firearm, for example, would not be advertised on sites that are accessed by minors.

And while this new legislation may make it easy for someone with a new iPhone 5s, iPhone 5c, or Android smartphone to make digital mistakes thinking that evidence of their youth could be erased at a later date, just remember that there will always be digital traces somewhere. Google caches websites, content gets posted and re-posted frequently, and even if college admissions officers don’t look at your personal Facebook page to gauge your integrity, they may find evidence of your indiscretions through pages of friends regardless of how hard you try to scrub your own Facebook to give off a clean persona.