Apple is long overdue for a new Mac Mini release. This is a collection of everything we know about the Mac Mini 2014 update that consumers want to see after waiting over a year for an update to Apple’s most affordable computer.

The current Mac Mini will be two years old in October, similar to the iPod touch, and consumers are left wondering if Apple plans to update this computer that many use as a stepping stone into the OS X experience. The Mac Mini is $599, which is the cheapest Mac computer by $400. this price and the fact that it works with your existing keyboard, mouse and monitor makes it a tempting choice for the first time Mac owner, but after months and months with no update the small Mac Mini is losing it’s appeal.

There are still many users waiting for a Mac Mini 2014 release to update to the small computer, hopefully with updated specs, performance and features. While there is nothing wrong with the current Mac Mini for many users, it is an older machine that is due for an upgrade, which makes it worth waiting for a new model, if Apple ever gets around to updating it.

Every time we share a new MacBook Air release rumor readers ask, “When is the new Mac Mini release?” or “Have you heard any Mac Mini 2014 rumors?” While these rumors are not as common as iPhone 6 rumors, we do hear some details about the new Mac Mini, and this roundup will help potential buyers know when Apple might release a new Mac Mini in 2014.

Unless Apple delivers a surprise new Mac Mini release before June, this will be the longest wait between Mac Mini updates, beating out a 574 day gap that ended in 2009. It’s not the oldest Apple product in need for an update, there’s an Apple TV that is even older, but it’s up there.

We heard a rumor of a new Mac Mini release date in February 2014, but that did not come true. The next possible avenue for a new Mac Mini release date is WWDC 2014 on June 2nd. Apple used this event to announce the new MacBook Air in 2013 and there is speculation that Apple could use it to show off the Mac Mini 2014 update. At this point there are no specific rumors, only expectations for the next Apple event.

A 2014 Apple roadmap from noted analyst Ming-Chi Kuo did not include a Mac Mini 2014 model or an iPod touch 6th generation, but it is not clear if this is telling investors that these items are not in the plans or if Kuo simply did not have enough information. 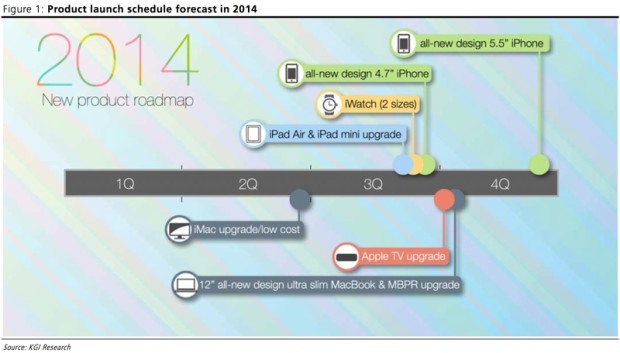 An Apple 2014 Roadmap shared on MacRumors does not list a Mac Mini.

If Apple does not announce a new Mac Mini release date at WWDC 2014 the next two likely months would be September at an iPhone 6 announcement or October for an iPad announcement. These months are based on analyst information for these products and historical release timing. The WWDC 2014 event is the only event Apple has scheduled at this time. It seems unlikely that Apple would hold an event just for the Mac Mini, but it is always a possibility. It would make sense to update the device ahead of back to school shopping.

If Mac Mini supplies dry up at third-party retailers or orders slip from delivery within 24 hours to weeks, that may be a sign that a new Mac Mini release is near. It is not worth paying attention to if the Mac Mini is in stock in the refurbished section of the Apple Store, as selection here fluctuates with availability of older machines.

There are some rumors that Apple is planning a redesign to make the Mac Mini smaller than it already is. These are not full of great details, but it is a possibility. The current Mac Mini design is several years old, and there is some speculation that we could see a thinner Mac Mini 2014 update.

At this point there is no leaked casing and while there is always a cool factor with smaller gadgets, there are many factors to consider. Ars Technica explores the case for a smaller Mac Mini and the case against it. Apple already ditched the optical drive and it could switch to a smaller PCIe SSD to make the device smaller, but there is a big reason to keep the Mac Mini at its current size. The power supply is inside the Mac Mini instead of in a power brick. A smaller Mac Mini might require a power brick instead of a simple cord. 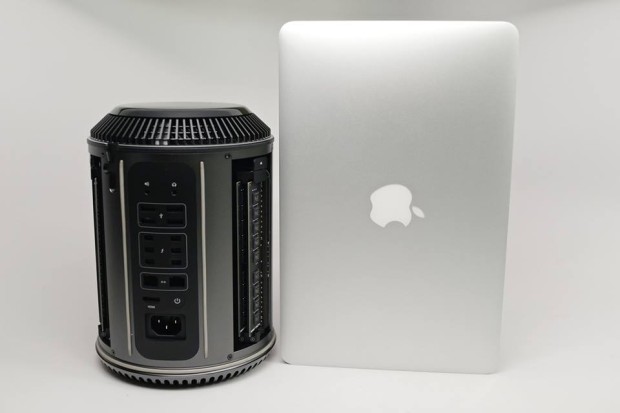 The 2014 Mac Mini design may look more like a Mac Pro.

In late 2013 Apple introduced the new Mac Pro with a completely new look that is small and impressively dark with a new cooling design and access to many parts for upgrades. It is possible that Apple is planning a new Mac Mini 2014 update that looks more like the Mac Pro.

If Apple does offer a Mac Mini 2014 update we could see new specs and several new features on this small and affordable computer. Some potential Mac Mini buyers are hoping for Iris Pro graphics like on the larger iMac, and that seems like a possibility for an upgraded model. At the least Expect Iris graphics on the entry-level Mac Mini. 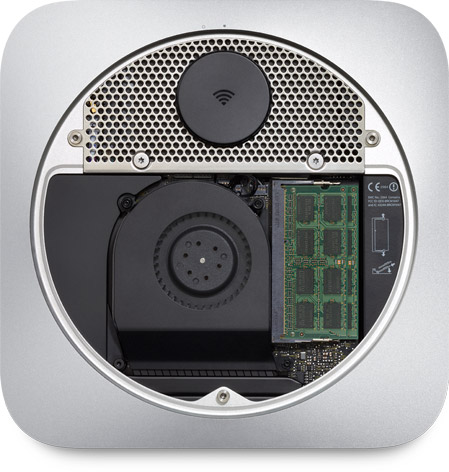 Here’s a look at the most likely Mac Mini specs and features based on other Apple products;

It’s not clear if there will be support for 4k displays like on the Mac Pro and MacBook Pro Retina.

Apple is reportedly switching to faster RAM for the new MacBook Air, and other Apple products. This may include the new Mac Mini.

As mentioned it is possible that Apple could switch up to a PCIe SSD offering, but that would limit the storage on this entry-level model. Perhaps Apple will stick with the same design and rely on the Fusion Drive to deliver faster performance and more storage, like on the current model.