A collection of leaked product numbers could point to new Apple announcing refreshed MacBooks at its WWDC keynote next week.

9To5Mac received a set of four SKUs that seem to indicate that at least one line of Macs will get a refresh. The SKUs seem to correlate with a line that has two screen sizes and two spec options for each. An educated guess says the SKUs are for either the MacBook Air or MacBook Pro with Retina Display.

Both the MacBook Air and MacBook Pro with Retina Display lines have two screen sizes and two default specs options for each. The leak indicates that one line or the other will receive an update next week. 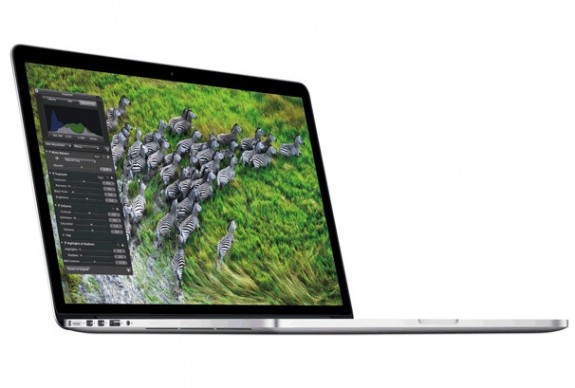 Recently a usually reliable analyst predicted that Apple will introduce a slightly redesigned 13-inch MacBook Pro with Retina Display at WWDC. The redesigned laptop would be thinner than the current model thanks to Intel’s new Core i processors (previously known as Haswell). The redesign would also introduce a 1080p iSight camera to the line for better FaceTime video.

The leaked SKUs could point to such a redesign.

The SKUs could also point to a MacBook Air refresh with the same Intel Haswell chips that should increase battery life while keeping the same design. The same analyst predicted such a refresh along with the inclusion of dual-array microphones in the line.

It seems unlikely that Apple would upgrade one line and not the other, though it is definitely possible.

9To5Mac also received a set of three SKUs that may correlate with the Mac mini or a new Mac Pro, though it’s not entirely clear. Apple CEO said earlier this year that Apple won’t have any new devices until Fall 2013, so anything new before than is likely just a refresh of current devices.

At WWDC Apple will also give developers their first glimpse at the upcoming iOS 7, which may feature a new “flat design,” as well as OS X 10.9.