Apple may be readying a New MacBook Pro lineup for September with dramatically better battery life and support for 4k displays. Apple notebook shoppers may want to delay buying until the new MacBook Pro comes out.

These new MacBook Pro notebooks could come across the line and may include new Macbook Pro with Retina models. The latest rumor of new MacBook Pros points to an October launch, a push out from a previously estimated September release which would push the new computers out past the Back to School buying season.

If this is a new MacBook Pro with Intel’s Haswell processor users could expect a major boost in battery life. The new MacBook Air which launched in June uses this processor and users report battery life of 12 hours and higher. 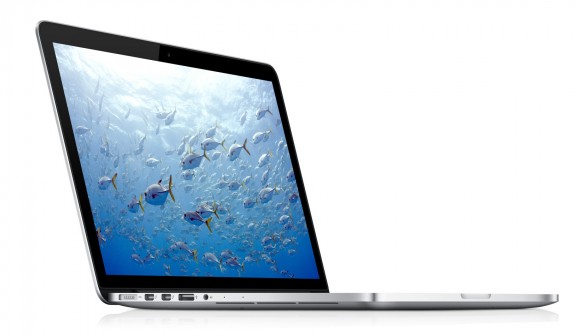 We could see a new MacBook Pro update for 2013 with Haswell processors and better battery life in October.

This new rumor comes from Macotakara and The China Times and points to New MacBook Pros in October. Supply chain sources, which often share details ahead of an official Apple launch, claim Apple is preparing for a Haswell powered MacBook Pro in October.

Apple is reportedly making a 4k display that could arrive alongside the teased Mac Pro update. With this in mind support for an Apple 4k display.

This fall Apple will release OS X Mavericks which includes a host of new battery saving features that can combine with the new processor to make the battery last longer. OS X Mavericks includes App Nap, which puts apps to sleep when they are hidden behind another app and Safari Power Saver which saves power when browsing the web. Apple also boasts better HD video playback which allows for better battery life while watching movies in HD.

Read: 5 Features the iPhone 5S Should Steal From the New MacBook Air 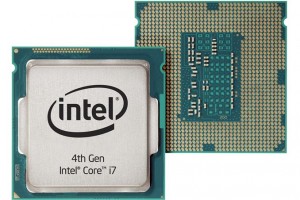 The source of better battery life in a new MacBook Pro.

If Apple chooses to introduce a new Macbook Pro in October we could see several devices come to store shelves including a new iMac. Here’s a quick rundown of Apple notebooks and All-in-Ones that still need a Haswell update.

It’s not clear if Apple will time any new MacBook Pro, new MacBook Pro with Retina and new iMac launches together, or if they will be spaced out over the fall.

Apple may not hold an event for a new MacBook Pro line. For spec updates like this Apple often updates the online store and starts selling a new version.