The new 13-inch MacBook Pro late 2013 model with Intel Haswell processors are experiencing problems that can result in a system freezing and the keyboard and mouse becoming non responsive. 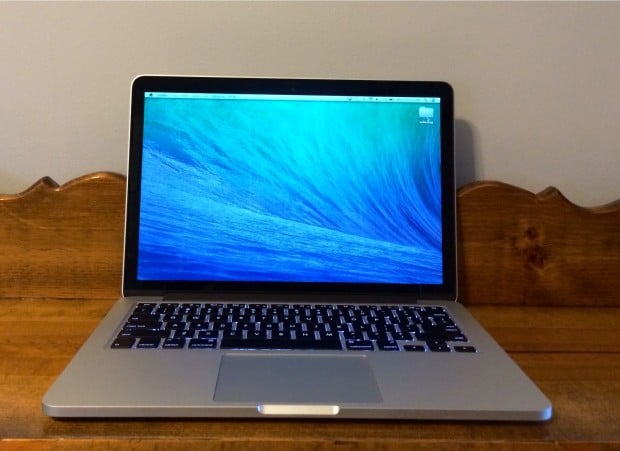 The 13-inch MacBook Pro Retina late 2013 model with Haswell processors is freezing for some users.

The Apple Support Forum entry for this issue is growing quickly, and is already at 18 pages of complaints from owners who are frustrated at the new MacBook Pro problems, especially the random freezing. The Apple console shows the following error for users who recover from this issue.

If the new MacBook Pro freezes, the power button is still responsive to perform a forced reboot. Users shouldn’t lose any files, but this will cause them to lose any work that was in progress at the time.

Opening Console on the Mac and searching for “USB device” will show any of the error messages. In our testing the message is present over two dozen times, including once when we woke the computer from sleep to enter a password. We have yet to experience this bug on the $1,499 model sold in Apple Stores, even though the error is present.

There is no official word form Apple on what to do, but one user suggests a temporary fix for the new MacBook Pro Retina freezing problem. This is not a fix for the root cause, so it can’t prevent the system from freezing again, but it should help users recover what they were working on. User epoxide on the Apple Support Forums offers the following solution,

“When mine freezes, just putting it into sleep for ~5 minutes seems to get the keyboard/trackpad working again.”

Multiple users report that this solution will work, though sometimes you must wait 10-15 minutes for the system to start working again. While less than ideal, it could help users avoid losing progress.

Users should also report this issue to Apple using the feedback section. With more reports Apple will be able to identify the issue better and recognize the scope of the problem. Fill out the feedback form here to alert Apple.

Various users report talking to Apple Support staff who offer varying solutions, including resetting the SMC (System Management Controller), though no one is claiming this is a complete fix. Here are the solutions offered to kyawlin, the creator of the post.

The issue appears to be present on all models of the 13-inch MacBook Pro Retina late 2013 update, as shown by a survey of users on this forum. The results skew towards the 256GB option, but that is likely due to it being the most popular choice.