Just two days ahead its New York City press event for the LG G2, LG has released a new video for the upcoming flagship that might remind users of commercials from another Android smartphone maker: Samsung.

What the company is calling the LG G2 Manifesto film debuted on the company’s YouTube page this past week. Rather than tease users with the raw specifications of their upcoming device, LG has chosen to market the device with aspirational lifestyle videos that aren’t too different from the videos and taglines that Samsung uses to market the Galaxy S4. 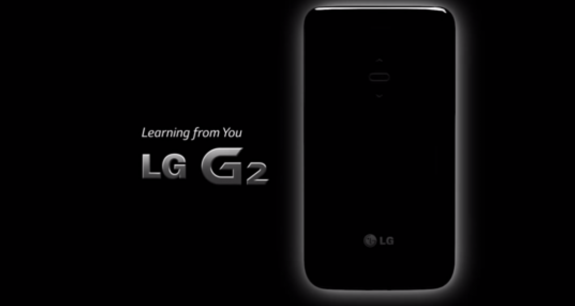 The video begins with a shot of a printer printing out photos that were, presumably, taken with the LG G2. Shortly after the film begins, writing over a serious of uplifting video clips attempts to appeal to the watcher’s humanity.

Shortly after the video debuted LG also launched a new web portal for users to learn more about what they have planned for the August 7th reveal. Information on the site includes videos of all the LG G2 teaser videos the company has released thus far, a link to the August 7th live stream and a countdown clock for the G2’s unveiling. Users can also download the music featured in the LG G2 Manifesto film and get their first official glimpse of the LG G2’s rear.

Read: LG Optimus G2 Rumored to Be Multitasking Powerhouse with 3GB of RAM

The owner’s manual for the LG G2 leaked this weekend. It confirmed the presence of a rear-facing biometric scanner on the back of the device. The biometric scanner will likely allow users to unlock their device without the need for a password or PIN code.

That fingerprint reader could also be the first step in actually making it inconvenient for thieves to snatch and then resell LG’s smartphones. A rising level of thefts in the industry have forced the local governments of large American cities, like New York City, to call for hardware features that would make smartphone theft less enticing. Rumors had indicated that Apple may be working on a similar feature for the iPhone 5S.

The LG G2 is rumored to feature 3GB of internal RAM and a quad-core processor. Pictures of the front of the LG G2 first leaked this past July.