Today Motorola shared the new Moto X release date, price and features, which if you’ve been following the rumors this is the Moto X+1 release date and price information that you’ve been waiting for. This is officially the new Moto X, and it arrives later this month on major carriers in the U.S.

Motorola delivers a bigger HD display, new customization options, pure Android and an improved camera in this device that remains affordable on and off contract. Although not as cheap as a Nexus 5, there is an unlocked, bootloader unlocked that satisfies that need.

Here is everything you need to know about the new Moto X that rumors previously called the Moto X+1 for the last several months.

The new Moto X release date is later this month, but there is no specific Moto X+1 release date in September. This will likely vary by carrier, which is why Motorola is not announcing the details just yet. Although they did not confirm the carriers you can expect this device on all major U.S. carriers at some point. We saw AT&T and Verizon Moto X units on display at the event. 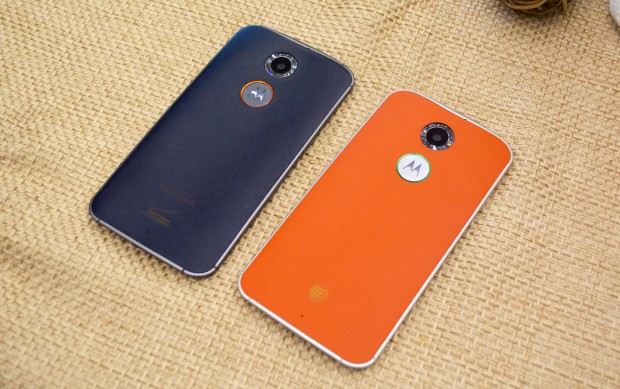 The new Moto X release date is today, marking a very fast arrival for the device rumored as the Moto X+1.

You are able to purchase the new Moto X customized through Moto Maker so that you can get a device that reflects your style. You can pick from a variety of colors as well as four wood and four leather backs. The leather and wood backs are a $25 premium option.

Now that you know when you can buy the new Moto X and how much it costs here’s a closer look at some of the standout features.

The new Moto X features that we love aren’t delivered through customizations to Android so you get a pure Android experience and features that come with Google Play updates. You can expect a fast update to Android L after Google finalizes the next version of Android. 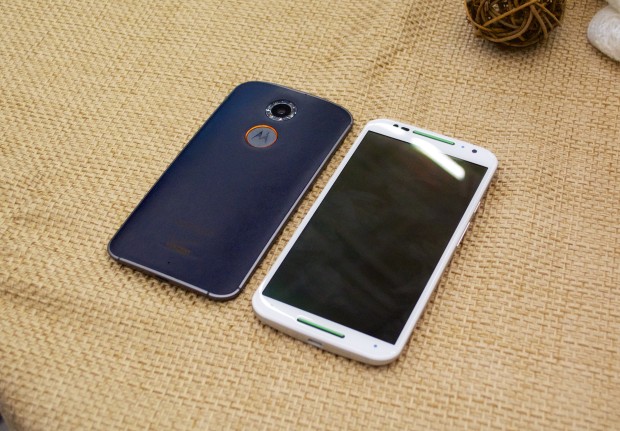 Motorola includes a number of new Moto X features that include voice, gestures and more.

Moto Voice – Pick a key phrase you want to use to activate the phone. You can make this almost anything you want, and then you can use this to start using the phone. You can post to Facebook, send a Whatsapp message and use YouTube with just your voice. You can also say good morning and goodnight to automatically turn sleep mode on and off.

Moto Assist – Moto Assist changes the phone options based on what you are doing. It can silence the phone in meetings, automatically turn driving mode on in your car and more.

Moto Actions – Three IR sensors on the front of the new Moto X allow you to wake the device by moving your hand over it, snooze alarms and silence incoming calls with a wave.

You can still launch the new Moto X camera with a flick of the wrist, but that’s not all. The new 13Mp camera starts to cache photos before you press the shutter so that it can capture the best looking photo. If the subject smiled and was not blurry in the photo before you pressed the shutter it will suggest that as the best one. 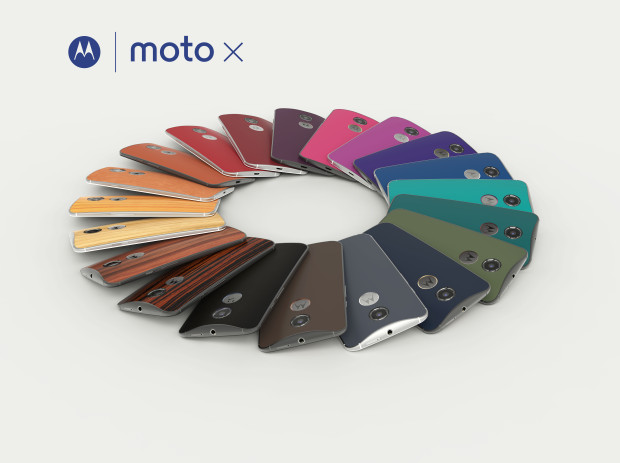 You can use the MotoMaker to pick a variety of colors and materials on the new Moto X.

Another cool feature is the ability to create a highlight reel, similar to the HTC One option, that lets you pick photos, length and music to create an easily shareable video from your photos and videos.

Take a fast look at the new Moto X specs that enable all of these features.