The new Moto X, may be a significant upgrade over last year’s Moto X and include tons of nifty new features, but release problems are continuing to put early success of the phone in jeopardy. Yesterday GottaBeMobile reported on incidents involving botched shipping, now photos taken by those lucky enough to get their new Moto X indicate that users may also be dealing with some defective units in the next few days.

Overnight Reddit users who received their new Moto X devices are reporting some issues with the build quality of their device. More specifically, the customized rear casing for some Moto X devices seems to be uneven on one side. Early speculation centered around the spacing issue being something that only effected new Moto X devices with the Horeen leather option that Motorola revealed with the new Moto X earlier this year. In the past few hours another user has reported that his new Moto X with a black resin back also has a relatively large space. 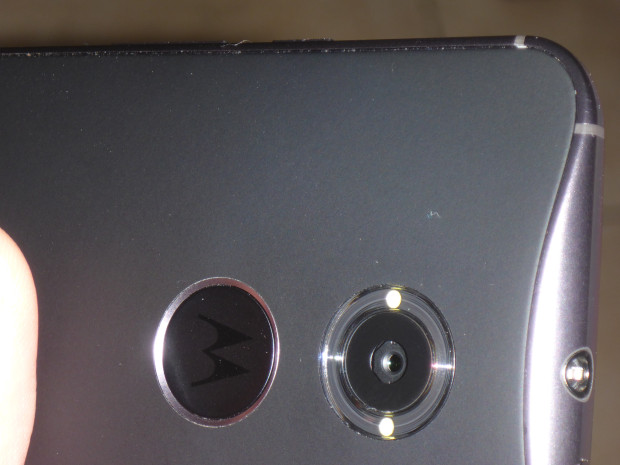 The space in question starts at the metal edge of the new Moto X and extends a little too far into the area that the rear casing is supposed to cover. Presumably, the spacing won’t be a serious operational problem – the Moto X isn’t waterproof or water-resistant anyway. That being said, it’s hardly cool for users to have waited almost a month since Motorola first announced the new Moto X and two weeks after they’ve pre-ordered to get a device that doesn’t look exactly as it should. There’s also the possibility of dust and dirt getting trapped in that gap.

All of this builds on the Moto X release problems from yesterday. Some new Moto X buyers, including those here at GottaBeMobile, still don’t have something as simple as a shipment tracking number from Motorola. That’s despite Motorola insisting that users could expect their new Moto X to arrive by tomorrow, September 26th. Motorola’s site maintains that it’s sending the devices using two-day shipping. If that were true and users were getting their new Moto X on time, a tracking number should have been issued last night. Since Motorola is using FedEx as their carrier, many users have registered for accounts there to see if or when their new Moto X will arrive this week. In some situations that’s helped but not in all.

To complicate matters, all of this is happening as new Moto X devices have started to arrive early for some. On Tuesday, a limited number of users began informing the wider community that their devices had already arrived or were on the way. That’s a full three days before Motorola said they would, Motorola originally indicated the first batch of orders made on pre-order day would arrive on September 26th. Now users who purchase the Moto X online are reporting that they’re receiving release dates as late as October 13th.

The new Moto X is the follow up to last year’s device of the same name. Instead of focusing on just the user experience this year, Motorola beefed up the hardware in the new Moto X so that it’s competitive with other high-end smartphones like the Galaxy S5, LG G3, iPhone 6 and HTC One M8. The a 5.2-inch display does high-definition video justice. Inside is a quad-core Snapdragon 801 processor and 2GB of RAM. A rear-facing 13 megapixel camera lets users take photos that look better than last year’s versions.

The new Moto X starts at $499 for a version that can work on AT&T and T-Mobile. This version doesn’t require users to sign a two-year contract and financing is available for users who qualify. AT&T users who are eligible for an upgrade can pick up the new Moto X for $99 with a two-year contract. T-Mobile and Verizon have yet to officially confirm that a version for their users is on the way, but leaked documents at least point to Verizon picking up the device tomorrow. Motorola executives have confirmed that Sprint users won’t be getting the new Moto X.