Since first being announced earlier this summer Google’s new Nexus 7 didn’t have a lot of official cases or accessories. Yes, they quickly made some flip cases available, but they weren’t cheap coming in at $50. Now users will have the option for a much more wallet-friendly protective sleeve.

Today one more official accessory hit Google Play, which is the Nexus 7 (2013) Protective Sleeve in two additional colors. The black model was listed back after the release and quickly sold out, and now there’s three options all available and in stock for those looking for a fancy but minimal case for the tablet. They’ve been listed as coming soon, but this week are now readily available. 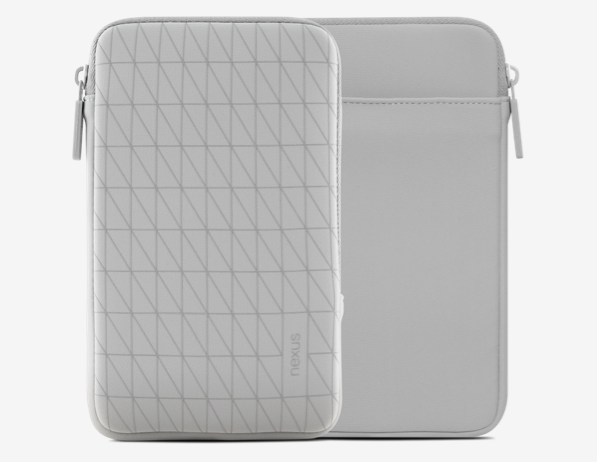 After appearing last week during the Nexus 5 announcement and news, only to not be available, this week Google flipped the switch and is now offering all three sleeve cases for the new Nexus 7 tablet. The official zip-up sleeves can be found in black, yellow, or grey, with the grey model being listed as grey/white since the inside isn’t the same grey color scheme, in case that matters.

For those who weren’t interested in the $50 case Google released before, the new sleeves are much more manageable all coming in at just $29.99, although you’d still likely find something much better over at Amazon. 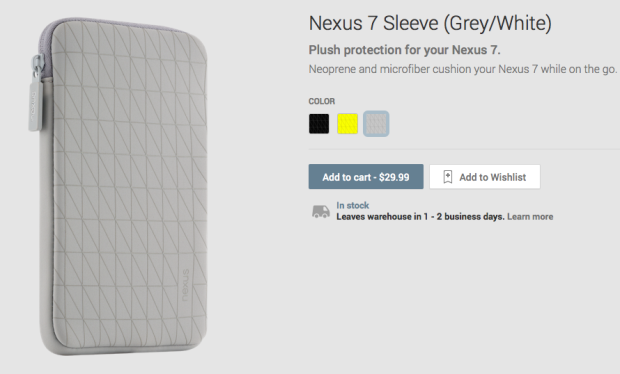 These new Nexus 7 sleeves feature a form fitting neoprene design and has both padding for extra cushion and protection, as well as a microfiber lining for ultimate protection. There’s a color-matched zipper for easy access to your device, and an outer pocket to store the charger, accessories, or even your phone if you want to carry it all in one.

We’re hearing the Nexus 7 may actually become available for Verizon, so those who’ve been waiting might want to grab a case while they’re still in stock. Hit the Google Play Store link above and get one now for just $29.99.