Rumors suggest Nokia will release new high-end Lumia phones on AT&T, T-Mobile and Verizon throughout 2013, including the rumored aluminum follow-up to the Lumia 920 and PureView-equipped EOS.

According to The Verge the Nokia EOS, the Windows Phone 8 device with the same 41MP PureView sensor as the Nokia 808 PureView, will debut in the U.S. as an AT&T exclusive. The Lumia PureView device will be the third high-end Nokia phones exclusive to AT&T since Nokia started producing Windows Phones.

The most recent AT&T exclusive high-end Windows Phone 8 device, the Lumia 920 will likely come to Verizon this year with some differences. The Verizon model will likely carry the name Lumia 928. The Lumia 928 will likely have many of the same features as the Lumia 920, but with a different design. It’s not clear exactly what changes Nokia and Verizon will make to the device. 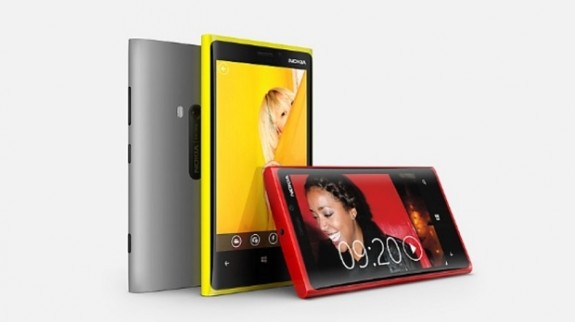 The Lumia 920 is Nokia’s only high-end Windows Phone 8 device.

These three Lumia phones will all come out sometime in 2013, though it’s clear exactly when they will land on carriers. Previous rumors said the Nokia EOS may come to market sometime this summer, but early rumors for the other two phones only said they’d come out sometime later this year.

At Mobile World Congress Nokia introduced a number of new phones, but none of them were high-end phones. At the show Nokia only showed off two low-end and mid-range Windows Phones, the Lumia 520 and Lumia 720. The last flagship Nokia device was the Lumia 920, which came out in November 2012, and is only available on AT&T in the U.S. The company doesn’t have any other high-end Windows Phones at the moment.