Yesterday the New York Times published a piece on how Barnes & Noble intends to beat back the looming evil that is Amazon and how publishers are in love with the bookseller for doing so. But one paragraph has tech blogs buzzing:

“Barnes & Noble is trying to strike at Amazon with another device. At its labs in Silicon Valley last week, engineers were putting final touches on their fifth e-reading device, a product that executives said would be released sometime this spring. (A Barnes & Noble spokeswoman declined to elaborate.)”

New Nook in the Spring! That no one will talk about! This is the best. 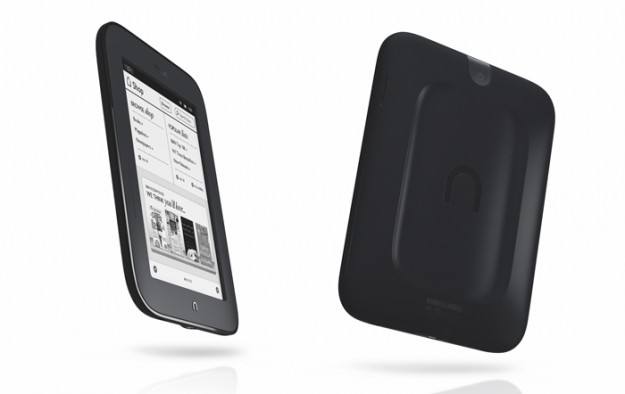 It didn’t take long for speculation to set in. CNET’s David Carnoy went right for the gullet, wondering aloud if it will be an iPad-size tablet that costs between $300 and $500. Really now? Why would you even put that on the Internet? (Oh right, pageviews.)

The only prediction he put out there that I agree is a possibility is an eReader utilizing Qualcomm’s mirasol technology.I’d add to that a desire to see something utilizing PixelQi displays.

Both PixelQi and mirasol offer less energy consumption than LCDs and are easier on the eyes. Mirasol creates color from existing light just like butterfly wings, hence the name. Thus you get very LCD-like colors and a refresh rate that will be good enough for watching movies, according to Qualcomm. PixelQi uses less energy for backlighting and eliminates it completely when outside for better visibility.

When the Nook Color launched I asked Barnes & Noble CEO William Lynch why they didn’t go with either of these displays and opted for a more traditional LCD. He told me that while he liked the possibilities they offered, they still cost too much and couldn’t be produced in enough quantities for the kind of launch they wanted. That hasn’t changed much in the ensuing months, though now we’re starting to see some commercial products that include both.

As much as I’d like to see a Nook with mirasol, I doubt it’s coming this spring.

That doesn’t mean we can’t engage in wild speculation of our own.

Perhaps Barnes & Noble will bring back the dual-screen eReader that was so popular a few years ago. I could deal with an Entourage Edge-esque Nook with eInk on one side and an LCD on the other like some unholy pairing of the Nook Simple Touch and the Nook Tablet.

I’m going with that. It’s just as likely as any other silly prediction and it pleases me to imagine the Nooks getting busy and being appalled at the result.

What are your hopes and dreams for the new Nook?