Video game developer and publisher Nintendo has a surprise that’s both great and disappointing for owners of its Wii U gaming console that fell in love with the Splatoon third-person shooter earlier this year. The new Splatoon update arriving today adds another new weapon to the game’s already impressive assortment of paint related items. Also, Nintendo says that the weapon included in that Splatoon update will be the last it adds to the game.

Nintendo confirmed that a new Splatoon update was on the way this morning in a message on Splatoon’s dedicated Twitter social media account. It’s there that the company also confirmed that there’d be no new weapons added to the shooter following this update. Splatoon arrived in May of last year to very decent sales, despite being exclusive to the Wii U console. At the very least, Splatoon is a crowd favorite. It’s often mentioned as one of the only Wii U games last year to be worthy of a title like Best Game of 2015. 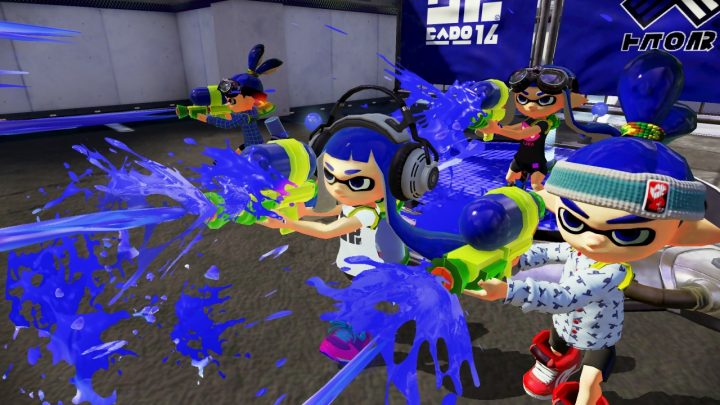 The Custom Hydra Splatling is a rapid fire automatic weapon with multiple barrels and a tank that the player wears on their back. Splatoon isn’t a conventional shooter in the sense that players need to kill each other.

Certainly, players can shoot each other with enough ink to force them to go back to the starting area, but the goal of the game is to cover as much of the level in their team’s colored ink as possible. The team that has the most ink covering the arena at the end of a match wins. The Custom Hydra Splatling should allow players to do cover a lot more surface area than some of the game’s original weapons. Time between ink refills, shooting distance and surface area are the primary things that set ever all weapons in Splatoon apart. 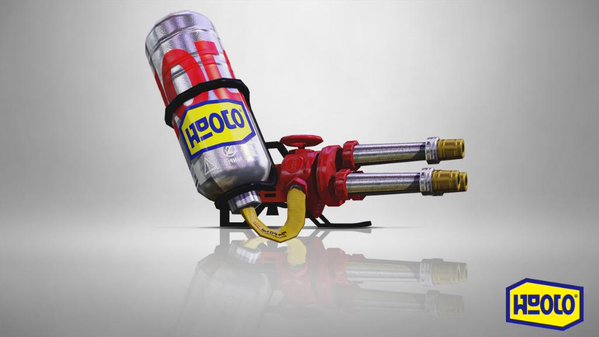 Players transform from walking squid with a weapon to a squid that moves around in their team’s ink to quickly escape trouble areas and navigate each level quickly.

“We should probably mention that the Custom Hydra Splatling will be the last weapon added to Splatoon,” Nintendo says in one message. The company doesn’t say why it’s choosing this Splatoon update to wrap up content additions to the game. It is worth noting that Splatoon has gotten new content and updates since shortly after its launch over the summer. The Custom Hydra Splatling is free, just like the overwhelming majority of the game’s other weapons.

Splatoon has a total of 74 different weapons in all. Tons of them, like a giant paint roller that players can squish each other with, came with the game. Others are added to the game only through the purchase of one of Nintendo’s Amiibo figures. These weapons are also locked behind what Nintendo calls Amiibo challenges.

The company is inviting users to try out any of the 73 other weapons that they might have skipped previously or don’t have an Amiibo to unlock. Splatoon proved so popular that Nintendo decided to bundle it with a Wii U console. Unfortunately, the Wii U 32GB Console Splatoon Special Edition Bundle is sold out at Best Buy.