Sprint is primed and ready to launch its next-generation 4G LTE network in six markets later on this month. The carrier has remained silent on what places will be getting 4G LTE beyond the launch cities but a report today has seemingly pinpointed exactly which cities might get service soon after launch.

According to TechnoBuffalo, internal documents from Sprint seem to suggest that the carrier is gearing up to launch its network in an additional seven markets in the days ahead.

New markets that should be seeing Sprint’s network in the coming days include Akron, Chicago, Fort Worth, Nashville, New York, Rialto and Stockton. 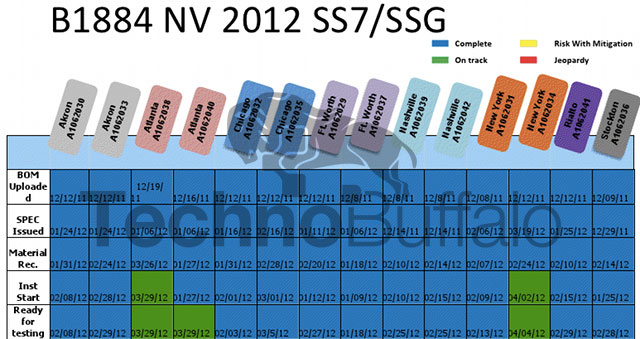 Testing has apparently been going on in those markets since last year.

Those markets would arrive after Sprint launches its 4G LTE network in six launch cities, a list that includes:

The carrier has yet confirm anything.

Both devices will arrive on April 22nd with the Galaxy Nexus running $199.99 on-contract and the LG Viper 4G LTE checking in with a $100 price tag.

Sprint has also announced another 4G LTE smartphone in the HTC EVO 4G LTE, a device that will continue on the tradition of the Sprint EVO line of smartphones.

Neither carrier nor manufacturer has given a release date for the EVO 4G LTE but rumors have the device coming out during the month of June.