Think that your smartphone’s one-day battery life before it requires a recharge to be pathetic? Well, how about a phone that lasts for ten days, or ten times today’s battery charge, before requiring a recharge? Northwestern University researchers have developed a lithium-ion electrode that will allow today’s Li-ion batteries to hold 10 times the charge of today’s battery, allowing for devices to last longer in between charges.

Lead researcher Harold H. Kung says, “We have found a way to extend a new lithium-ion battery’s charge life by 10 times.” Even after a year of operation, the new battery technology would still be more effective than today’s batteries. “Even after 150 charges, which would be one year or more of operation, the battery is still five times more effective than lithium-ion batteries on the market today.” 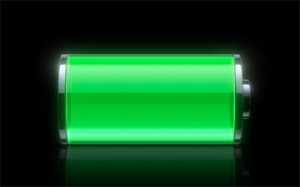 Lithium batteries are charged when electrons move from the electrolyte into the anode. Anodes on batteriestoday are made of graphene. Another material that can be used is silicon, but the problem with silicon is that it would cause the battery to severely expand and contract during charging, causing fragmentation. To reduce fragmentation, Kung had layered silicon between graphene sheets. The researchers also drilled holes into the sheets which boosts the recharging time by as much as ten times.

Whatever the technology is, I’d be happy if I didn’t have to re-charge my phone under normal usage for three to five days.