Lenovo revealed the new ThinkPad X1 Carbon, ThinkPad X1 Yoga and ThinkPad X1 Tablet at this year’s Consumer Electronic Show in Las Vegas, Nevada. All three notebooks are for Windows users that want power in a very sleek and durable package, and all three have microphone arrays that will allow Amazon’s Alexa personal assistant to answer questions from across a room. With solid battery life, upgraded security and bodies that meet military durability specifications, these devices are Lenovo’s best business laptops yet. 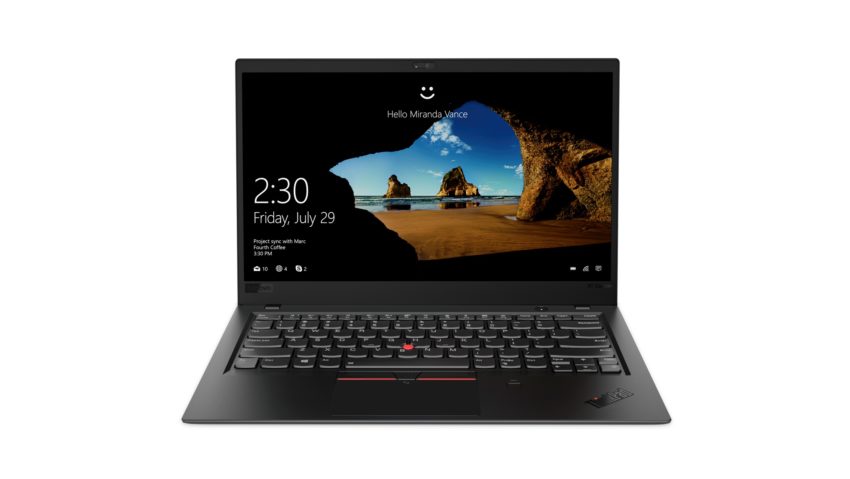 If you want raw power and a solid keyboard, the ThinkPad X1 Carbon is the device to buy. It handles up to a quad-core 8th Generation Intel Core i7 processor, 16GB of RAM and a 1TB solid state drive. The notebook takes its name from the carbon fiber material that Lenovo uses for its silver or black chassis.

Despite weighing just 2.49 pounds, there’s a lot of technology and connectivity packed into the ThinkPad X1 Carbon. It has 2 USB 3.0 ports, 2 Thunderbolt 3 ports, a headset jack, a MicroSD card reader, 1 HDMI port and a docking connector. When away from the office, buyers can switch on the notebook’s built-in LTE-A technology to browse the internet without finding free Wi-Fi.

The 14-inch 2560 x 1440 display inside the new ThinkPad X1 Carbon uses Dolby Vision HDR technology for brighter, more vibrant colors. Lenovo says that this display gets much brighter than the displays on other devices.

Two new features enhance this laptop’s security. With the built-in fingerprint reader, the ThinkPad X1 Carbon will sign users into Windows 10 without them typing their password or PIN. Also, the web camera uses infrared technology to let users into their account when using the fingerprint reader isn’t convenient. When this web camera isn’t in use, buyers can block all that it sees with the new ThinkShutter to cover.

Even with all that technology, the ThinkPad X1 Carbon still lasts for up to 15 hours on a single charge. RapidCharge technology gets this notebook back to 80 percent battery capacity in just an hour. 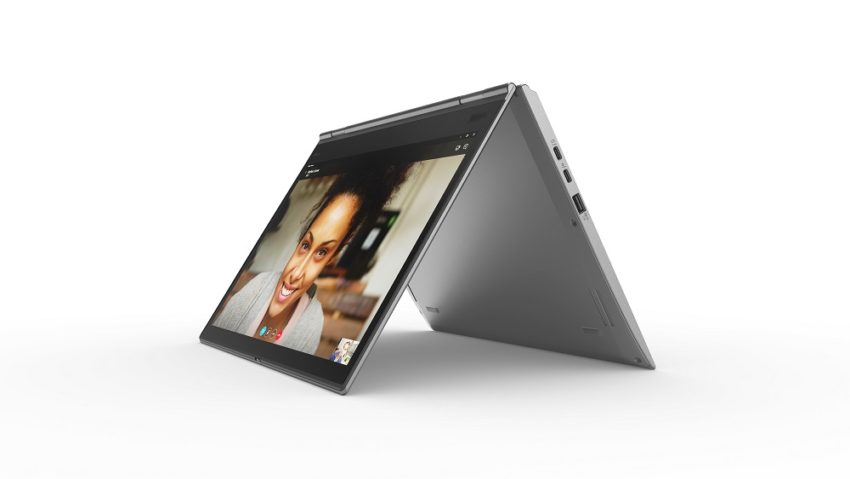 Whereas the ThinkPad X1 Carbon is primarily a notebook first, the new ThinkPad X1 Yoga is a convertible. A special hinge allows owners to fold the laptop’s display backward for a solid tablet experience. When in tablet mode, the notebook’s keyboard also disappears into its body, further enhancing its touch experience. A stylus for navigating Windows and taking handwritten notes charges in a slot on the notebook’s side.

Getting a solid 2-in-1 experience doesn’t cost users the great features that are available in the ThinkPad X1 Carbon. Buyers can protect their privacy by blocking the camera with the ThinkShutter technology and log into Windows 10 with a face scan or their fingerprint. The laptop has LTE-A mobile internet connectivity, 2 USB 3.0 ports, 2 Thunderbolt 3 ports, a headphone jack, a microSD card reader, an Ethernet port and an HDMI port. It also reuses the same processor, RAM, storage, RapidCharge technology and 14-inch HDR display as the ThinkPad X1 Carbon.

The Lenovo ThinkPad X1 Yoga will cost $1,889 when it launches later this January in black and silver.

Finally, there’s the third-generation ThinkPad X1 Tablet. It’s a 13-inch tablet with a built-in kickstand and a removable cover that has Lenovo’s legendary ThinkPad keyboard embedded in one side. 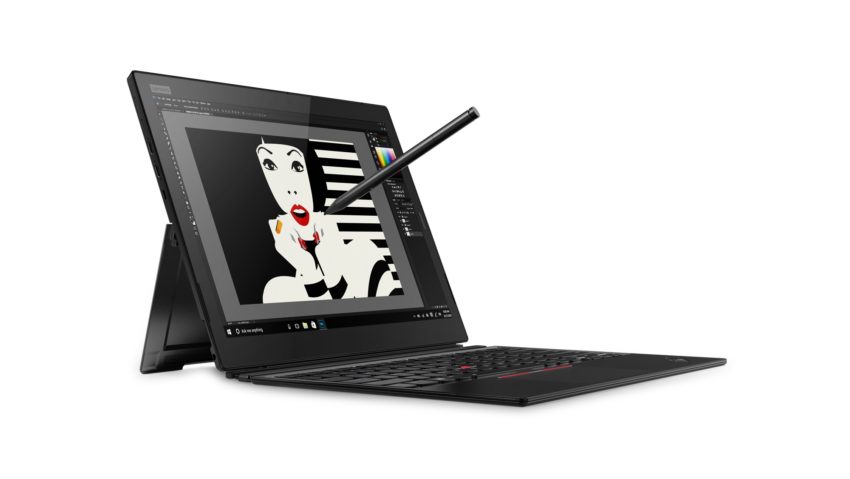 At .34-inches thick, the ThinkPad X1 Tablet is super thin. Even still, it uses the latest quad-core Intel Core i7 processor, up to 16GB of RAM and a 1TB solid state drive. Buyers can skip searching for Wi-Fi hotspots and switch to the tablet’s built-in LTE-A connectivity. The laptop has 2 Thunderbolt 3 ports, a microSD card reader and a headset jack. It doesn’t have the expansion slot that allowed users to add ports and boost the battery life of the original ThinkPad X1 Tablet.

The ThinkPad X1 Tablet’s best feature is its display. This 13-inch 3000 x 2000 resolution touchscreen is sharper than the screens the other ThinkPad devices Lenovo announced this week use. It also uses the Dolby HDR technology those screens use to deliver vibrant colors. A digitizer built-into the screen allows the X1 Tablet to detect 4,096 different levels of pressure from the new Lenovo Pen Pro stylus as users sketch and take notes.

In fact, the only thing disappointing about the ThinkPad X1 Tablet is the battery life buyers can expect. With a full charge, Lenovo expects users can stay mobile for 9 hours before needing to charge again. RapidCharge technology should help with that, but that’s still much less than the ThinkPad X1 Carbon and ThinkPad X1 Yoga’s 15 hours of battery life.

Lenovo will begin selling the ThinkPad X1 Tablet this March for $1,599.