Microsoft’s Xbox One might owe its existence to traditional controller-based gaming, but that doesn’t mean that’s where Microsoft thinks the console future is. Microsoft is hoping that a newly upgraded Kinect sensor will help supplement the controller and help it gain a foothold in the casual gaming space as a newly published video demonstrates.

A new video by Polygon, a website that focuses on gaming, profiled the newly upgraded Kinect sensor this week. In the video Microsoft describe changes the changes it made to enhance Kinect’s viability. The Kinect 2 has a newer camera that allows it to see at a 70 degree angle instead of the 57 degree angle that the original Kinect. 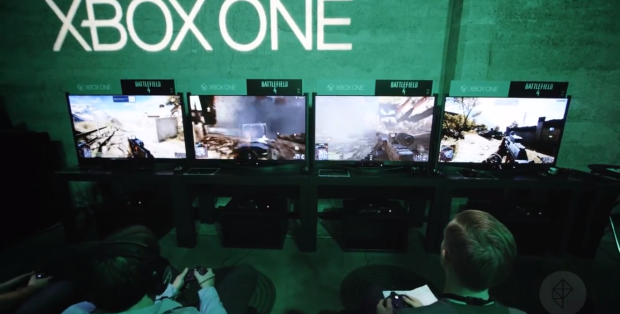 This should result in a bigger play area for users. It also means that the Kinect can see users even when they’re laying down on the floor. The new sensor is so accurate that it can detect users heart beats by merely looking at them. One of the best showcases of the technology is Kinect Fitness, a new service that allows users to get a personalized fitness training experience. Microsoft announced that every Xbox One user would get a free year of Kinect Fitness with their console earlier this year.

Read: Microsoft Shows Off How It Enhanced Kinect for Xbox One

Microsoft’s Phil Spencer also appears in the new video to the provide details on the gaming experiences that are available to users thanks to Kinect 2. His remarks indicate that Microsoft sees Kinect 2 as a way to let users play games in a different way than they could before. Spencer’s explanation basically compares what Kinect 2 does for the Xbox One to what multi-touch displays did for Apple’s original iPhone and the games that run on it. Spencer was also careful to point out that the Kinect 2 also enhances traditional games. For example, some games will allow users to turn in game view by moving their head or give non-playable characters commands in a game like Crimson Dragon.

All told, the video provides a great look at what users can expect after setting up their Xbox One.

The Xbox One launches on November 22nd. Pre-orders are sold out, however Microsoft says that retailers will have a limited amount of devices on hand for users who couldn’t get a pre-order in time for $499. Every Xbox One comes with a Kinect 2 sensor.