The Samsung Focus S (AT&T) and the HTC Radar 4G (T-Mobile) are both available now.

Microsoft and its OEMs are churning out the next wave of Windows Phones now. We’ve got the HTC Titan, Samsung Focus S, Samsung Focus Flash, HTC Radar 4G, and the Nokia Lumia 710 and 800 that have all popped up recently. While I haven’t personally used 7.5 yet, my former Microsoft MVPs are singing the praises of what all it offers and upgrades.

Are you planning on grabbing a new Windows Phone 7.5 device? I am trying to get my hands on the HTC Titan personally. I wouldn’t mind having either of these offerings though. 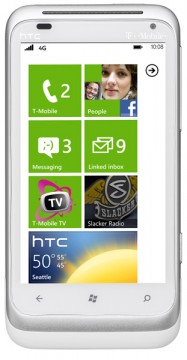 The HTC Radar 4G has a 1 Ghz Qualcom processor, a 5MP camera, and a 3.8″ TFT screen. It also comes in a beautiful white metal body. The camera records in 720p HD too. Most importantly, it comes with WP7.5 already installed. Grab yours today from T-Mobile for $99 with all the standard contract terms we’re so used to. 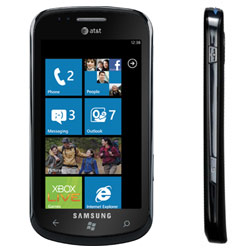 The Samsung Focus S is available now from AT&T for $199 after contact. The Focus S has a huge 4.27″ super AMOLED screen, a 1.5 Ghz processor, and duel cameras (1.2MP front camera and 8MP rear camera). It also comes with Windows Phone 7.5 already installed.

Oh, I almost forgot to mention, they are both 4G capable!