The Xbox One only launched this past November but Microsoft is already preparing to fill in the holes in the console’s software with a new Xbox One update that contains a battery meter, storage management and more.

Microsoft formally announced the upcoming update on its Xbox Wire news blog this morning. According to that post, the first major Xbox One update will include a lot of quality of life improvements for Xbox One owners. For example, Microsoft says that the update will add the ability for users to check the battery life of the Xbox One’s controller from the console itself. Previously, there was no way for Xbox One owners to actually know how much battery life their controller had left. 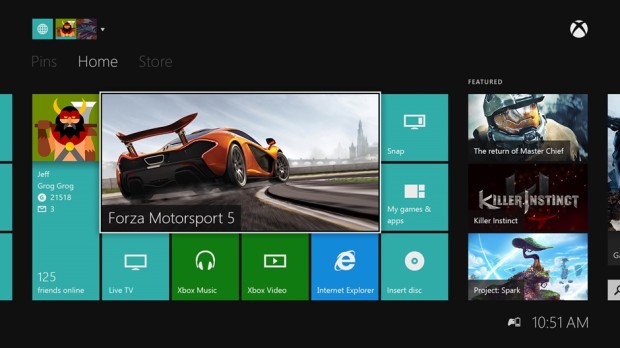 The February 11th Xbox One update also includes the ability for users to take charge of the console’s storage. Following the update, Xbox One owners will be able to view how much storage a particular app or game takes up. That’s key since Microsoft has said that it hid storage management options because it wanted to take that burden off the user and have the console manage itself for a more seamless experience.

Finally, the February 11th Xbox One update will add support for USB keyboards and separate apps and games into different lists so users can find the app or game they’re looking for more quickly. Today, both types of content or thrown into one long list.

Interestingly enough, Microsoft is confirming that the update has more than just these features and updated Kinect support. The company is even confirming that a coming update on March 4th will contain “many new features and improvements” that include the Xbox One’s Party app. That’s a bit unorthodox for the Xbox Team. Typically, Microsoft kept Xbox 360 updates quiet until they were nearing deployment. That Microsoft is being more open with Xbox One owners is certainly a good sign. Perhaps Microsoft hopes that being forthcoming about new updates will build excitement for things coming down the road.

Microsoft says it plans to share more about the other features in the February 11th Xbox One update “in the coming weeks.” As February 11th is next Tuesday, we’re willing to bet that what they meant to say was that they’d share more information over the coming days.