New York City finally found a way to make some of its payphones useful again by turning them into WiFi hotspots.

According to GigaOm the city’s new program already started with ten of the city’s thousands of payphones transformed into WiFi hotspots. New Yorkers can find the ten locations scattered throughout Manhattan, Brooklyn, and Queens. Seven of the ten locations are in Manhattan, two are in Brooklyn, and Queens has only one in Astoria. The full list is here.

Each of the new WiFi hotspots use “military grade” antennas to broadcast the signal up to 300 feet away from the payphone. That’s nothing new, but it’s still pretty far for a free mobile hotspot. 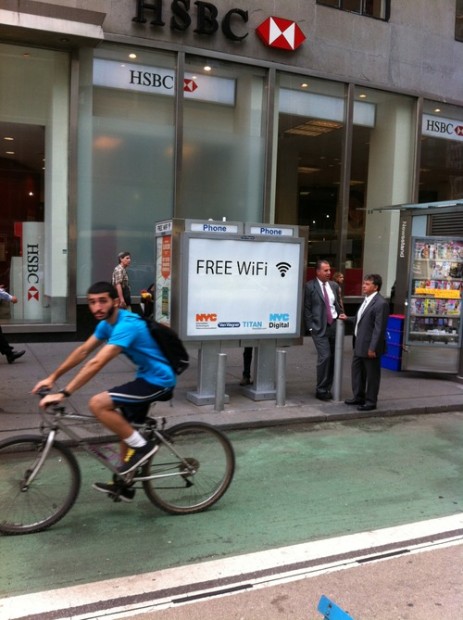 Eventually New York City wants to convert more of the other 13,000 payphones in the city in WiFi hotspots. If it does, that means the thousands of ugly, mostly useless structures will finally have renewed purpose. Now that almost everyone has some sort of smartphone or feature phone payphones serve very little purpose, an if they city and companies won’t remove the, they might as well be reused to add yet more WiFi hotspots to the city.

If the plan succeeds for New York, we hope the idea comes to other cities and towns. Useless payphones are all around the U.S., and we can’t think of any better way to make them useful once more.