Microsoft had recently launched a revamped YouTube app for its Windows Phone 8 platform that brings more functionality as well as an attractive UI that’s consistent with the official YouTube for other platforms, but the Microsoft-developed app may soon be restricted by Google from accessing content. This is because the app may be in violation with a number of YouTube’s terms of service, including the blocking of ads and allowing users to download content directly from YouTube.

“To get around those restrictions, it appears that Microsoft reverse-engineered some portion of the software used to access YouTube’s basic functions, which are generally known as application programming interfaces, or APIs,” writes ReadWrite. “If so, that could mean Microsoft can do just about whatever it wants with its YouTube app.” 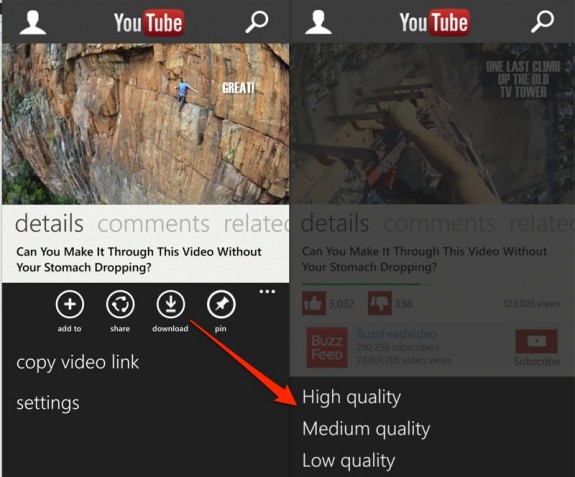 The YouTube app on Windows Phone has been a contentious issue for Microsoft as the company had previously complained that Google had restricted the service so that its app was basically just a shell for the YouTube Mobile website. To make matters worse, Google had come out more recently to say that it won’t be developing apps for any of its services for the Windows Phone platform, choosing instead to focus on iOS and Android app development. This means that Microsoft bears the burden of supporting Google services on its Windows Phone 8 mobile operating system.

So far, neither Microsoft nor YouTube or Google has responded to the Microsoft-developed app that brings functionality not found on Google’s official app for other platforms. Given that the app violates Google’s terms, the Internet search giant and video host could potentially block access to its service on Windows Phone in the future.