The Newman N2 looks like it will be an inexpensive smartphone for the Chinese market with high-end specs that are worthy of some of the recent flagships that are announced or released. Expected to retail for the equivalent of $240 without a contract, the phone likely won’t be debuting in the U.S. but it’s still an interesting handset none the less as it reveals what your money can buy.

As seen reported on Unwired View, the device has a 4.7-inch 720p HD display and will come powered with a quad-core 1.5 GHz Samsung Exynos CPU, the same variety that’s present inside Samsung’s current-generation flagship Galaxy S III and the Galaxy Note II phablet. The device will have a 13-megapixel camera sensor on the rear, matching the megapixel-rich shooter on the flagship LG Optimus G. Additionally, it will be powered by 1 GB of RAM and will come with 8 GB of internal storage, both of which appear to be slightly low for a flagship handset as most flagships today are seeing 2 GB RAM and 16 GB storage as the norm.

The Newman N2 smartphone will be powered by Android 4.0 Ice Cream Sandwich, and not the latest version of the OS.

In terms of design for the N2, Newman is still deciding between two different designs.

The first design looks like it could be something from Sony or HTC. 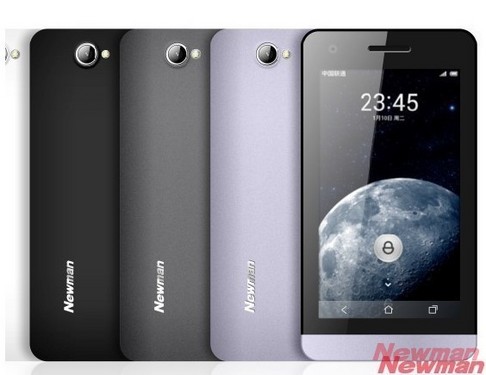 The second design appears to be more like something from Motorola or Samsung. While the camera pod on the rear of this second design looks like it could have came from a Galaxy Note II, the dual-tone silver and black color scheme is reminiscent of the Motorola Droid RAZR HD design. 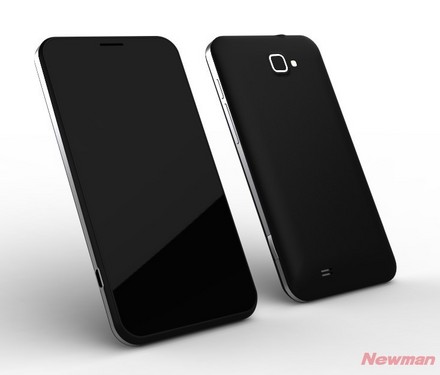 Whichever design Newman chooses, the N2 looks to be a beast with quad-core processing power, HD display, and respectable specs at an affordable price point that’s ready to take on any flagship.