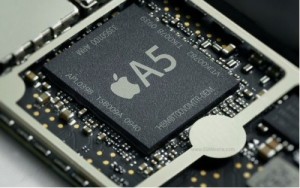 Apple, a major investor in Imagination Technologies, may be a licensee for the company’s next-generation PowerVR Series 6 graphics engine, codenamed Rogue. Though Imagination Technologies have revealed that ST-Ericsson, Texas Instruments, and MediaTek are three licensees of the GPU, it also revealed that there are three licensees that ‘are yet to be announced’ for its Rogue chipset.

In the past, Apple had turned to PowerVR to provide graphics capabilities for its ARM-based computing product line. The company used the PowerVR chipset on the original iPhone, and the PowerVR engine can be seen on the iPhone 4’s A4 chipset as well as the iPad 2’s A5 chipset, which boasts a dual-core gigahertz CPU coupled with a PowerVR SGX543MP2 GPU capable of delivering up to 9 times the graphics performance of the A4.

It is most likely possible that Apple is a licensee of the PowerVR chipset as it would continue to allow Apple deliver its own proprietary system-on-a-chip (SoC) architecture as it is an ARM licensee; additionally Apple does not like to disclose where its components come from and choses instead to focus on software, rather than hardware, to differentiate itself from competitors.

According to Imagination Technologies, the Rogue Series 6 GPU delivers ‘unrivalled GFLOPS per mm2 and per mW for all APIs.’