In a radical design departure, the next-generation iPhone that will succeed this year’s iPhone 4S model will have a massive 4.6-inch screen, matching the larger screen trends from competing Android smartphones from rivals such as Motorola, HTC, and Samsung. News of the larger screen comes from Reuters, which is reporting that an unnamed industry source has told a South Korean publication that Apple will utilize the larger display on its next iPhone, though display partners LG Display and Samsung have refused to offer any comments on the rumor.

For comparison, the Samsung-made Galaxy Nexus from Google utilizes a curved 4.65-inch Super AMOLED panel. If the rumors prove to be true, Apple’s 4.6-inch iPhone would still be smaller than the Galaxy Nexus and the recently announced HTC One X. Motorola’s rumored Droid Fighter is said to have a display size that would come in at 4.6-inch. 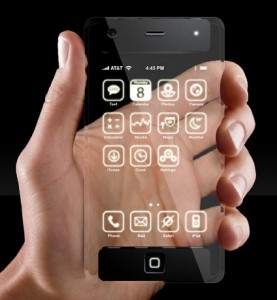 The news should be taken with a grain of salt. Apple has historically released all of its iPhone models in the past with a 3.5-inch screen footprint since the iPhone was first introduced. Reuters also incorrectly reported that Apple’s rival Samsung had released a 4.6-inch OLED display on the Galaxy S II smartphone–the GSM Galaxy S II released internationally came with a 4.3-inch display and some U.S. variants of the phone came with a 4.5-inch panel based on Samsung’s Super AMOLED Plus technology.

The next iPhone would most likely have a larger display, and 4-inch is the bet according to previously usability reports with displays of a 4-inch size. An increased in display size would allow Apple to maintain a slim footprint while accommodating a larger battery and include an LTE radio for the next iPhone. As we’ve seen with the latest third-generation iPad release, battery life continues to be an issue with LTE, and Apple was able to combat concerns over heavy power requirements of the 4G LTE radio by including a much heftier battery, resulting in a slight increase in weight and thickness on the LTE-enabled iPad when compared to the iPad 2.

With the iPhone 4 and iPhone 4S footprint, Apple has already maximized the use of available space on the phone so having a larger display would in effect give Apple increased volume to add a more capacious battery to combat the speculated inclusion of an LTE radio. It’s still doubtful that Apple would go with a screen that’s over a 1-inch increase in size compared to the iPhone 4/4S.

With a larger screen, Apple would probably have to increase the resolution of its displays as well–perhaps to a minimum of 720p HD resolution–as the larger screen with the same 960 X 540-pixel resolution would not yield a Retina Display with a pixel-per-inch count of over 300. According to late CEO Steve Jobs at the introduction of the iPhone 4–the first device to feature a Retina Display–havin a 300 ppi minimum would give the smartphone a Retina Display where the human eyes cannot differentiate between individual pixels.

Would a large 4.6-inch iPhone be the perfect size for you? Or do you appreciate Apple’s smaller footprint and rather not have anything larger than a 4-inch display? Display size has been a polarizing issue between iOS and Android camps.

Apple is expected to announce its next iPhone model this fall, following a trend that was set by the iPhone 4S’s launch date that shifted the annual refresh cycle for Apple’s flagship smartphone from summer to fall.