The rumored RAZR M HD could have a larger 4.5-inch display with a 720p (1280×720) resolution. The current RAZR M has a 4.3-inch qHD (960×540) display. The display of the rumored RAZR M HD is .2-inches smaller than the display on the RAZR HD, which gives it a higher pixel density than Motorola’s current flagship phone.

The RAZR M HD will likely come with a dual-core Snapdragon S4 Plus processor running at 1.5GHz, 16GB of storage space and 1GB of RAM. The specs place it somewhere between mid-range and high-end at the moment. As more phones debut with 1080p displays and quad-core processors, however, the RAZR M HD will fall into the mid-range. 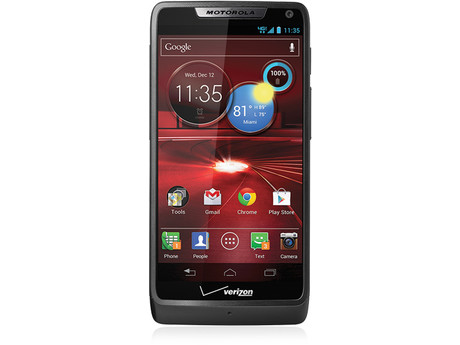 The rumors also say the device will have a 3300 mAh battery, the same size as the battery inside the Motorola RAZR MAXX HD. The battery helps the RAZR MAXX HD run for days on a single charge and will likely do the same for the RAZR M HD, if the rumor is true.

It’s unclear if Motorola will keep the same ultra-thin bezel with the RAZR M HD.

The rumors say the RAZR M HD will run Android 4.1 Jelly Bean at release, with an upgrade to Android 4.2 Jelly Bean after release. There’s no timeframe given for the release of the phone, but if it comes out too close to Google IO in May 2013 the phone could be two versions of Android behind, depending on how fast Motorola’s update comes.