Next Xbox Could Include Expanded SmartGlass Features

The next Xbox, code-named Durango, may use SmartGlass as more than just a second screen experience according to a report from Kotaku.

SmartGlass currently only gives gamers a few ways to interact with games and apps on the Xbox 360. The app can serve as a second display to show detailed information such as multiplayer statistics, or it can serve as a rudimentary controller to interact with the system or games. The next version may take more advantage of the hardware inside mobile devices.

According to Kotaku‘s source the next version of SmartGlass (Kotaku calls it “Xbox Companion App,” but SmartGlass replaced that app) could use the motion sensing abilities of smartphones and tablets. According to the report Microsoft planned this functionality for the Xbox 360, but it Microsoft cut the features for some reason. 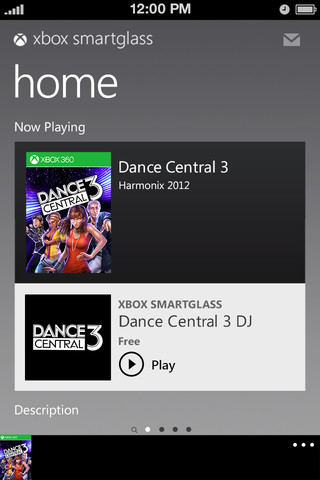 The new features would make SmartGlass devices into something resembling the Wii U GamePad. The difference is instead of having a specialized device that only works on the console, Microsoft’s implementation will likely use devices gamers already own. If Microsoft adds the new feature as an update to its current SmartGlass apps, users will have the option to use iPhones, iPads, Android phones, Windows 8 tablets and Windows Phone 8 devices as controllers for the new console.

There’s a chance these rumors won’t pan out for a variety of reasons, but the new features sound like the natural evolution of Xbox SmartGlass.

Other rumors for the Xbox Durango include a Siri-like voice command capability, mandatory game installs, a 500GB HDD included in every device and a new controller that’s the “natural evolution” of the Xbox 360 controller.

Microsoft may wait until E3 2013 this June to announce the new Xbox, though its rival Sony will likely announce the PlayStation 4 next week on February 20.