As expected, this week Google announced and released the highly anticipated update to Android 4.4 KitKat, and along for the ride is the brand new Nexus 5 smartphone. While both have been rumored for months and months, there was also quite a bit of talk about a refresh to the Nexus 10 tablet.

Last October Google announced the LG Nexus 4 and Samsung Nexus 10, then released both in November running Android Jelly Bean, which sold well. After seeing a new Nexus 7 (2013) in July many were expecting both a new phone and tablet this month. However, sitting here on November 1st with the Nexus 5 readily available (and selling out quick) we’re now wondering what happened to the Nexus 10, and if it will ever arrive. 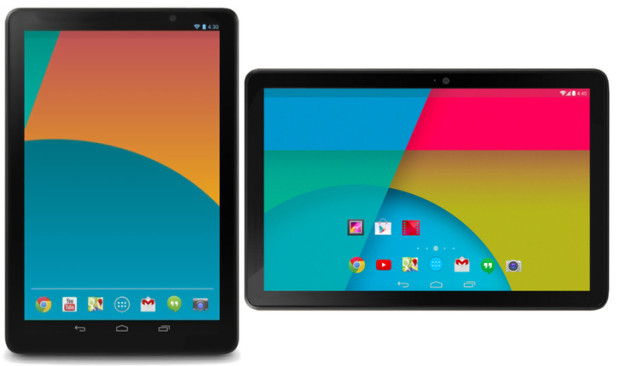 Google’s been rather busy the past month or so, with many confused where the Nexus 5 was after the Google+ event earlier this week, and now we’re left wondering the same after the Nexus 5 unveil. While nothing has been confirmed or leaked as much as the N5 the past month or two, there’s been countless rumors of an ASUS Nexus 10 tablet that would accompany the smartphone.

The famed leakster @evleaks confirmed ASUS was building the new Nexus 10, not Samsung, and would now be the manufacturer for both of Google’s Nexus tablets, and went as far as to tweet an image of an inventory listing reportedly confirming the claim. Following that we’ve heard little rumors here and there, but nothing substantial.

To add fuel to the fire our own sources, and a few Twitter comments, lead us to believe the tablet is nearly finished, and hopefully coming “before the holidays.”

@Josh_Smith Hopefully. It's on our system already so should do.

Late last week the current Nexus 10 went out of stock completely, with many assuming a new model was coming, just like we saw with the Nexus 4. However, as we all know today, no such tablet was announced by Google. There’s been talk of a 10-inch 2560 x 1600 full HD Nexus 10 with a new quad-core processor and Android 4.4 KitKat, but so far the details are still rather light and we’re hoping for an early holiday arrival.

Read: Nexus 10 Out of Stock on Google Play as New Nexus 10 Nears

Google made no mention of a Nexus 10, Nexus smartwatch, or anything else yesterday during the KitKat unveiling, but that doesn’t mean it isn’t coming. There’s still a good possibility the new Nexus 10 (2013) will launch in November and make it to shelves in time for the holiday rush, and we’ll update when we learn more. An image was floating around this week, which was fake, and as soon as we get a better look we’ll be sure to update with additional details.

What we do know is the Nexus 10 will follow a similar design as the Nexus 7 and 5, have super thin bezels, and be aimed directly at the new iPad Air. Maybe Google is saving one more event for later this year with an all-new Nexus 10 and Nexus Smartwatch to round out its offering for 2013. That’s the latest rumor.