The $30 Slimport HDMI adapter connects the Micro USB port on the Nexus 4, turning it into a HDMI connection to hook up to a HDTV or projector.

The Nexus 4 is one of the first phones to support Slimport HDMI, a standard that allows output of audio and video, even 3D, over a Micro USB port to HDMI. By combining this ability with a Micro USB port, we get a cleaner Nexus 4 design without giving up functionality.

The adapter includes a Micro USB port that allows users to charge the Nexus 4 while using the adapter to stream video, so it won’t die during a movie or slideshow. 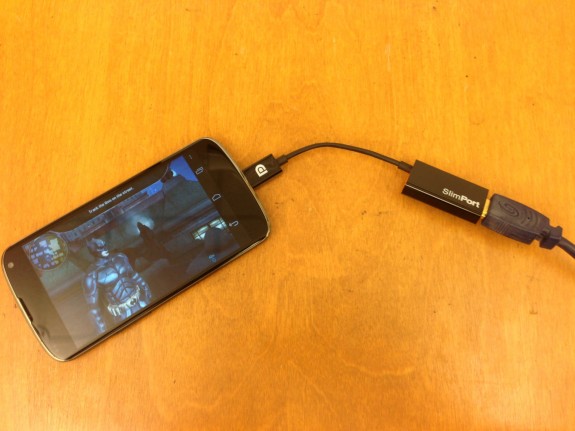 THe $30 Slimport to HDMI adapter for the Nexus 4.

The Slimport SP1002 from Analogix is $30 at Amazon. It is the first of several adapters including a Micro USB to VGA Slimport adapter and a HDMI/VGA combo adapter.

The video below shows the Slimport HDMI adapter connected to the Nexus 4 and a projector, displaying the Nexus 4’s screen on a large wall while running The Dark Knight Rises.

Unlike the Miracast option to wirelessly stream the Nexus 4’s display to a compatible HDTV, there’s no setup or troubleshooting needed to start showing the Nexus 4 on a HDTV.

After plugging in the adapter and a HDMI cable, the Nexus 4 home screen appears on the HDTV or projector. 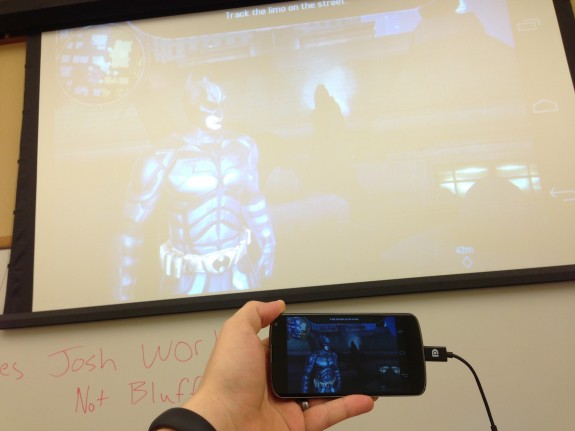 From here it’s easy to play a game, share photos or video or show a document to a group. Because the Nexus 4 outputs to HDMI it is compatible with most displays so it’s useful in a boardroom, classroom or hotel room while traveling.

The picture quality is very good, and there is no lag while playing a game on the larger screen or watching video. Sound travels by HDMI as well, so there are no other cables or accessories needed. The Slimport SP1002 supports 3D content, but we did not have access to a TV with this capability to review it.

WHile it is possible to charge the phone while using this adapter, there is no need for a separate power source.

The Nexus 4 Slimport adapter offers a good value for Nexus 4 owners who want to connect their new phone to a HDTV or projector for work or fun. 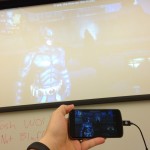 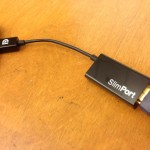 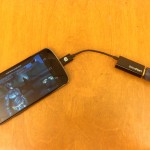 THe $30 Slimport to HDMI adapter for the Nexus 4. 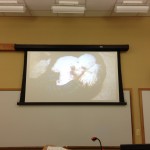 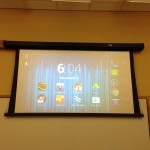 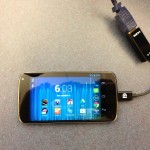