A new Nexus 5 for 2015 has been all but confirmed over the past few months, along with another Nexus 6, but this week a brand new set of details emerged that have the rumors mills swirling. We’ve heard a lot of different reports regarding Google’s new Nexus 5, but this new leak mentions a much different device than original rumors.

For months on end we’ve been hearing small reports and rumors that Google has a Nexus phone in the works, and they’ve been back and forth regarding what to expect. The 2015 Nexus 5 will be made by LG, and a bigger 5.7-inch aluminum and “premium” Nexus 6 will be manufactured by Huawei, and may or may not come to the US.

Earlier this month images surfaced at the Google+ Nexus community claiming to be the new Nexus 5, but no details came with it. Then last week we received word from a very reliable source about the specs, hardware, screen size and more, but today a completely different report is floating around. 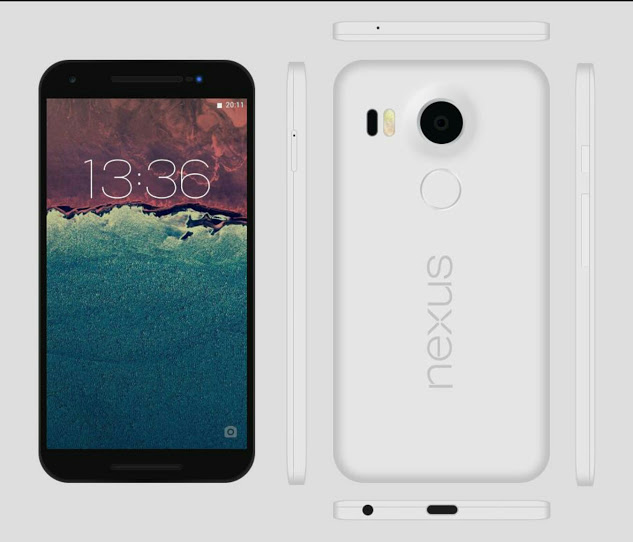 Essentially what this all means is that everything is a rumor until it’s confirmed by Google or LG, or we have an actual leaked device with details clearly being revealed on the display. For now, everything is still up in the air. We have a good idea of what to expect based on the leaked photos, but the hardware is still a mystery.

Until last week all rumors suggested the 2015 Nexus 5 would have a 5.2-inch 1080p HD display and some decent specs, a better camera, and a huge battery. Then last week we heard something similar, but it would have a 2560 x 1440 Quad-HD screen and a few other differences. As of yesterday though, we’re back to square one as AndroidPolice has sources stating something different. It looks like the Nexus 5 might not have the huge 3,180 mAh battery everyone was excited about. Here’s the latest rundown.

This report goes on to state this will be priced under most flagships, so hopefully under $400 like earlier rumors. It also mentions that “Nexus 5” might not even be the name, so we’ll have to wait and see.

Earlier rumors claimed the phone would have 32 or 64GB of storage like the Nexus 6, but this has Google going backwards. The Nexus 5 from 2013 also had a small 2,300 mAh battery, so a boost to 2,700 mAh is nice, and more than the 2,550 mAh battery in the Galaxy S6, but certainly not as big as the LG G4 or the battery original rumors suggested.

What this all means is that we still don’t know what’s coming and all these leaks are just that, leaks, and details are subject to change. If Google indeed wants this to be a budget device under $400, users shouldn’t expect a 2k display, a huge battery, and tons of storage space. They have to cut-back somewhere in order to add in dual front-facing speakers and a fingerprint scanner. Then again, the OnePlus 2 packs some pretty great specs and is only $389.

Last but finally not least is the release date. Google’s new Nexus smartphone for 2015, made by LG, is reportedly going to be released around the end of September. We’ve heard September 29th, but that too has yet to be confirmed. With August coming to a close more details, leaks, invites to an event or an official announcement should be coming soon.