The first set of Nexus 5 accessories are on the Google Play Store offering a colorful selection of cases for the new Nexus starting at $35 for a basic bumper and $50 for a flip cover for the Nexus 5.

Google is now selling the Nexus 5 on the Google Play Store for $349 and $399 for the 16GB and 32GB versions. The Nexus 5 comes in white and black, but users can add additional colors thanks to the cases.

Both of the official Nexus 5 cases are coming soon to the Google Play Store, and may also arrive in Best Buy, Radio Shack, Sprint and Amazon just like the Nexus 5 does.

The Nexus 5 ships on November 5th, so there is still a chance that the Nexus 5 cases will arrive for order near that time. Spigen Nexus 5 cases are already shipping from Amazon.

The Nexus 5 bumper case is available in four colors; grey, black, red and a very bright yellow that is reminiscent of a Nokia device. the Bumper case covers the sides and back of the Nexus 5 and includes a Nexus logo on the back, to deliver a stock-like look, just in a different color. 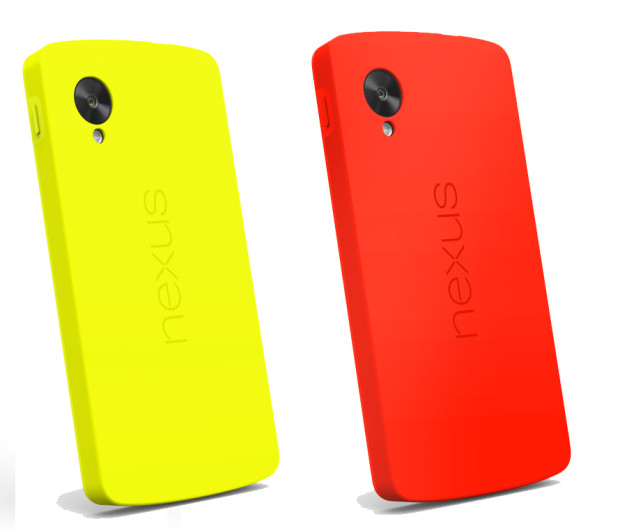 Google boasts that the Nexus 5 wireless charging will still work with this case on,

“With a hard outer shell and soft rubber lining the premium bumper case absorbs shocks while protecting your phone. For quick convenience, the Nexus 5 Bumper Case works seamlessly with Nexus Wireless Chargers so you can charge and go.”

The LG QuickCover for Nexus 5 is available in black and white, and offers a cover that protects the front of the Nexus 5 while in use. This is similar to the LG cover for the G2 and to Samsung’s Flip Cover. 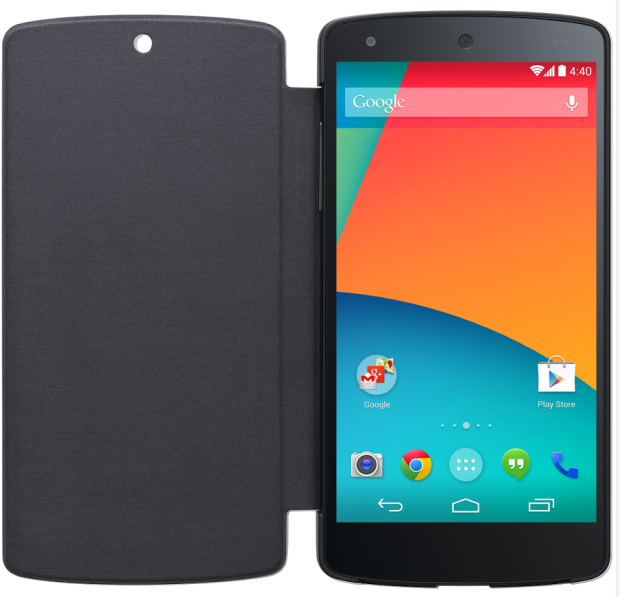 The Nexus 5 QuickCover is $50 on the Google Play Store and is Coming soon. Opening the case will wake the screen up to offer, “access to your basic UI without swipe unlock,” according to the product page. 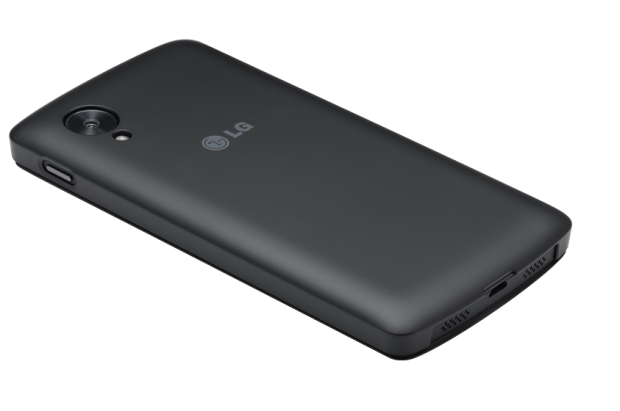