The Nexus 5 release is clearly close and we can now share a collection of Nexus 5 cases with you, showing off the size of the Nexus 5 compared to the best smartphones on the market.

Spigen’s Nexus 5 cases are already on sale on Amazon and four of them arrived in the mail today, allowing us to take a very fast look at what the Nexus 5 should look like and how the size stacks up.

The Nexus 5 Slim Fit case from Spigen adds minimal bulk, so it is the best way to compare the size of the Nexus 5 to the iPhone 5s, Note 3, Samsung Galaxy S4 and Nexus 4. The photo below shows these devices beside each other to see what you can expect.

The Nexus 5 video below shows the Nexus 5 cases from Spigen and a size comparison to the Nexus 4, Galaxy Note 3, Galaxy S4 and iPhone 5s.

The gallery below shows the Nexus 5 size compared to these top Android devices. This Nexus 5 case is not the exact dimension of the Nexus 5, as it will add some bulk, but it is close enough to offer the best look yet at how big the Nexus 5 will be.

The Nexus 5 features a 5-inch 1080P HD display and we expect very slim bezels, which allows the overall size to remain manageable for the average user. 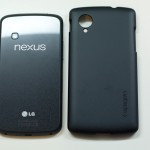 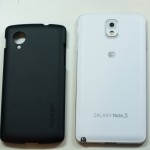 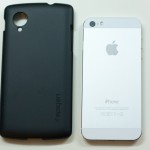 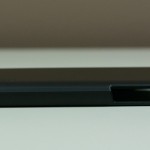 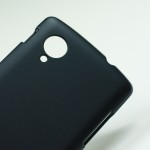 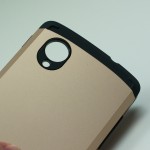 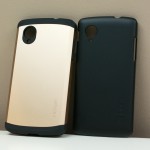 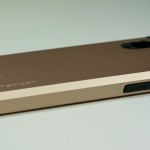 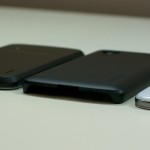 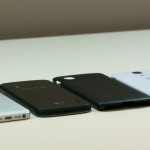 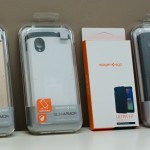 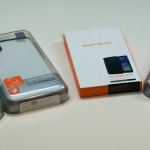 This is the closest we’ll get to a Nexus 5 hands on until Google releases the new Nexus. Here’s a fast rundown of the Nexus 5, and what shoppers can expect.

Thanks to the Nexus 5 appearing on the Google Play Store and a number of leaks we expect the new Nexus will use a Snapdragon 800 processor that could deliver fast charging and always listening voice control. We expect 2GB of RAM and a 2,300mAh battery. The 5-inch display should deliver a 1920 x 1080 resolution, or as many shoppers call it 1080P. On the back expect a 8MP camera with optical image stabilization, which should help users take less shaky videos.

The Nexus 5 release date is close, but there is no official word on a Nexus event, where we would expect to see Google show off the Nexus 5, a new Nexus 10 and possibly a Nexus smartwatch.