The Nexus 5 is shaping up to be a formidable device, and could claim a spot as one of the best Android phones of 2013, but it may not deliver one of the features that Nexus owners have come to love — Google Wallet support.

Android 4.4 KitKat screenshot show a Tap & Pay option on what leaks claim is a Nexus 5, and the photos show another screen which prompts users to, “Pay with just a tap,” but according to the leaked service manual the Nexus 5 won’t arrive with the right NFC chip to work with Google Wallet.

At this point it’s not clear if the Android 4.4 update will build in a new option to deliver mobile payments, sending Google Wallet to the curb, or if the Nexus 5 will simply not support the app for payments. 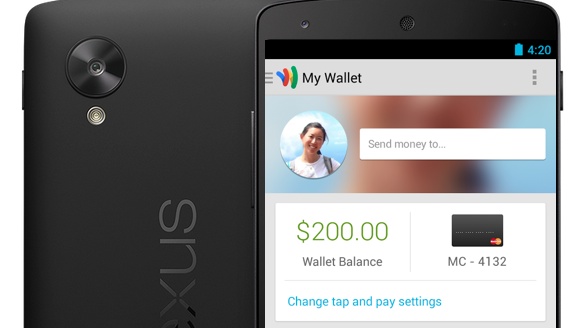 The Nexus 5 may not support Google Wallet.

Reddit user aohus compiled a detailed list of Nexus 5 components from the leaked Nexus 5 service manual, identifying the NFC chip as the BCM20793M, which like the Nexus 7 2013 edition does not include a security element. According to the NFCBrief publication, this new chip does not feature the new chip,

“lacks the STMicroelectronics embedded secure element that is found in the rest of Google’s current Nexus handhelds; the Nexus 4 and 10 contain Broadcom’s BCM20793S controller, while the 2013 Nexus 7 contains a Broadcom BCM20793M NFC controller. This means that the device is physically incapable of using Google Wallet in the service’s current form.”

The Nexus 7 2013 edition is not compatible with Google Wallet for payments at mobile locations, and it looks like the Nexus 5 may be in the same situation. While a lack of mobile payments in a tablet is not a major deal, no Google Wallet support for the Nexus 5 would be an odd move.

Google Wallet support is already quite limited with carriers locking out many versions of popular devices only supporting Google Wallet on select carriers. The Samsung Galaxy S4 on Google Play, Sprint and U.S. Cellular supports Google Wallet, but not the devices on Verizon.

Of the 10 smartphones in for review and long-term testing, only the Nexus 4 supports Google Wallet for payments. This includes the Samsung Galaxy S3, Galaxy S4, Galaxy Note 3, HTC One on Verizon, Droid Ultra, iPhone 5s, and several others.

With scattered support from third-parties, the Nexus 5 was the last hope for a great smartphone that supported Google Wallet on a major carrier. With the Nexus 5 heading to AT&T and T-Mobile, it may be that Google could not push the support through. Neither carrier supports Google Wallet on the Galaxy S4, likely because the carriers along with Verizon are part of the ISIS mobile payment service.

In September Google launched a new Google Wallet app that works on phones without the secure element, but on those phones it does not allow in store purchases. 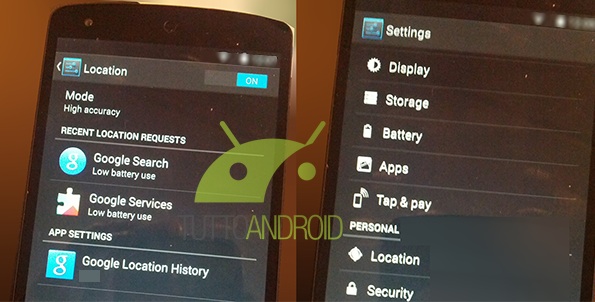 Android 4.4 KitKat on the Nexus 5 shows Tap & Pay, but it’s not clear if Google Wallet is coming.