After months of speculation and being one of the most leaked devices in history today it’s finally official. The brand new Nexus 5 running Android 4.4 KitKat made by LG has finally been announced this afternoon by Google. At this point there really isn’t anything we don’t already know, considering the slew of leaks over the past month, but now that it’s real we have all the details.

From leaked photos revealing the entire device, hands-on videos, and countless leaks surrounding Android 4.4 KitKat it’s been a busy month. Today Google finally took the wraps off of the new mobile OS and smartphone, and now we can finally put all those rumors to rest. Just in time for a chocolate-filled Halloween Android 4.4 KitKat is here, and along with it comes the brand new LG Nexus 5 smartphone. 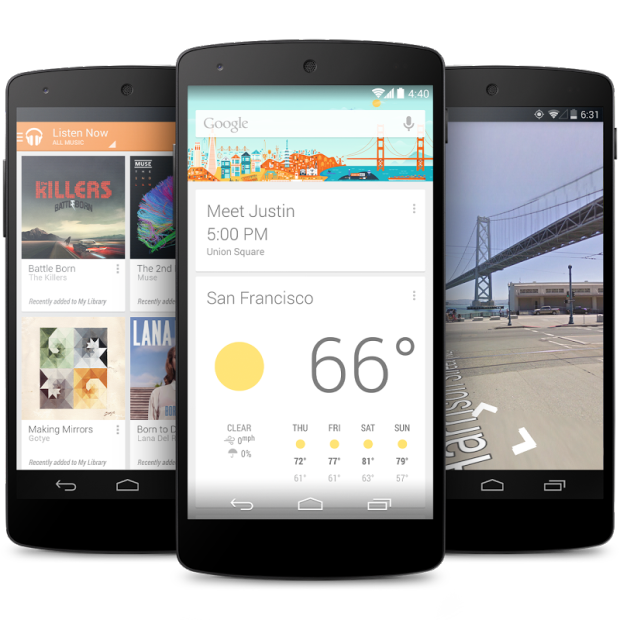 For those curious, almost every leak regarding details and specifications have been 100% accurate as of late. Google’s new Nexus 5 sports a 4.95-inch 1920 x 1080p full HD IPS display, and runs the absolute latest version of Google’s Android. There’s a Qualcomm Snapdragon 800 quad-core processor under the hood running at 2.3 GHz, offering 2GB of RAM, and users will get 16 or 32GB of internal storage for music, movies, books, games, and apps.

As many leaks suggested, Google will officially be offering four different Nexus 5 smartphones. Both a Matte Black, and white model, coming in 16 or 32GB storage configurations. They updated the Play Store yesterday to prepare for the launch, and now you can run to their storefront and grab one now. 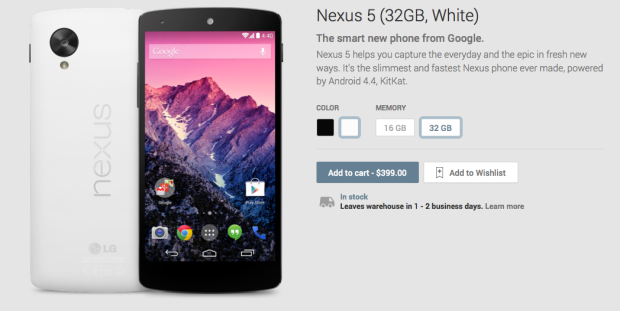 The device is wrapped in a soft to the touch matte black, or white design, and is rather sleek. Confirmed previously but now official we have an 8 megapixel camera with Optical Image Stabilization, and this should be the first Nexus with a quality camera. There’s a 2,300 mAh battery under the hood, wireless charging, and NFC capabilities are all on board. While there’s nothing too exciting here, aside from it finally being available, the important part is Android 4.4 KitKat.

Google’s been a bit tight-lipped on details and information, so as everything unfolds this Halloween Thursday we’ll bring you all the details. Android 4.4 KitKat is expected to have tons of minor visual changes, that are aiming at improving the overall experience device-wide.

Android 4.4 KitKat is aiming to refine the already impressive mobile OS, as well as introduce memory-saving features that will help older devices stay up to date. Many complain that Android devices don’t stay updated very long, and with KitKat that should no longer be an issue for Google and manufacturers. We’re also hearing talks of Android TV, and even support for upcoming Android-based smartwatches.

We’ll be getting our hands on the brand new LG Nexus 5 with Android 4.4 KitKat as soon as possible, and surely will be bringing you plenty of hands-on pictures, videos, details and more. Get it now from the Google Play Store.