According to a posting on Google, the Nexus 5 price is set at $349 without a contract and the new Nexus smartphone will come in two sizes, which means users can likely purchase the Nexus 5 32GB for $399. While the Nexus 5 release date is not yet here, this is a good sign that it is just days away.

Google pushed links for a Nexus 5 16GB and a Nexus 5 32GB live along with a Nexus 5 image on the main Google Play Devices page. The Nexus 5 is not yet on sale on Google Play, but with the listing appearing it looks like the Nexus 5 release is fast approaching.

Within minutes of revealing the Nexus 5 price, design and storage capacities Google pulled the listing completely, putting the Nexus 4 back online in its place. 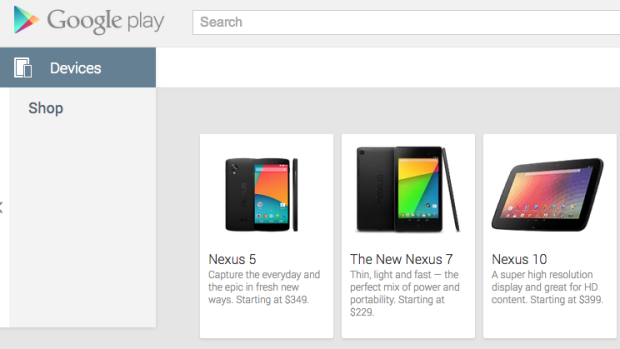 The Nexus 5 release is close as Google shares some Nexus 5 details on the Google Play Store.

The Nexus 4 remains out of stock, just as it was earlier today. Google teased the Nexus 5 in an Android 4.4 KitKat video in September and the device has made several high profile appearances since, complete with a new Android 4.4 KitKat operating system.

The Google Play Store description for the Nexus 5 teased an improved camera, claiming the Nexus 5 allows users to,

“Capture the everyday and the epic in fresh new ways. Starting at $349.”

The new ways likely points to the Optical Image Stabilization camera which an FCC filing and a leaked service manual pointed to. LG introduced a 13MP OIS (optical image stabilization) camera on the LG G2 which arrived on multiple carriers recently. The Nexus 5 likely includes an 8MP OIS camera which means it should deliver better looking low light photos and deliver a more stable footage in videos where you are moving.

The Nexus 5 price is set at $349 thanks to the quick listing and with a starting price of $349 it is all but confirmed that the 32GB Nexus 5 price will arrive at $399. One rumor claimed the Nexus 5 with 32GB of storage would come with a larger battery, but that is not confirmed with the listing that Google now pulled. A rumor suggested the Nexus 4 would stay on with an LTE option, but the main Google Play page only showed a Nexus 5 during this time. 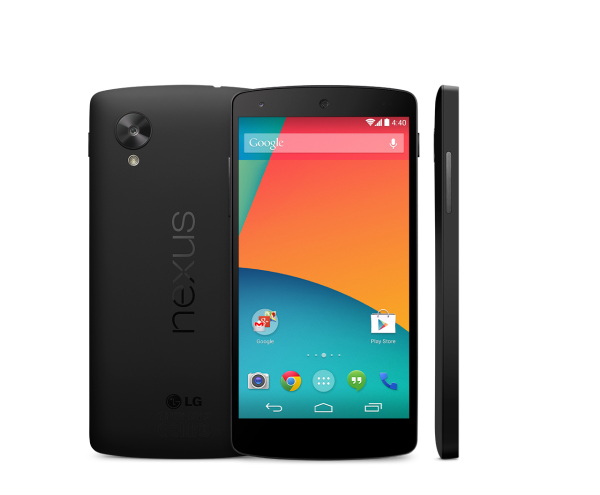 This is the Nexus 5, direct from Google. You can’t buy the Nexus 5 yet, but the release is very close.

Over the weekend a seven minute Nexus 5 video showcased the device’s looks and the Android 4.4 software. The original video is no longer available, but it lives on in copy shown below.

The Nexus 5 listing on Google Play shows the same design, which includes a matte black finish similar to the Nexus 7.

While many companies hold large events for smartphone launches, Google introduced the Nexus 4 with a press release and a page of details before the company began taking orders. The Nexus 7 launch came with an event this summer, so it is possible that Google is still working on an event for the Android 4.4 update and Nexus 5 launch.

Sometimes you have to look for the signs… pic.twitter.com/XNBxaGP3sD