Speck now sells the FitFolio Nexus 7 case for $35, offering all around protection and a multi-angle landscape stand.

The Nexus 7 FitFolio uses a hardshell to keep the Nexus 7 in place and a vegan leather outer cover available in blue, red and black.

This Nexus 7 case isn’t the first available, but it is the first Nexus 7 case from Speck. Speck is well-known for making quality iPhone and iPad cases, but branches out into other devices when the device is popular enough. 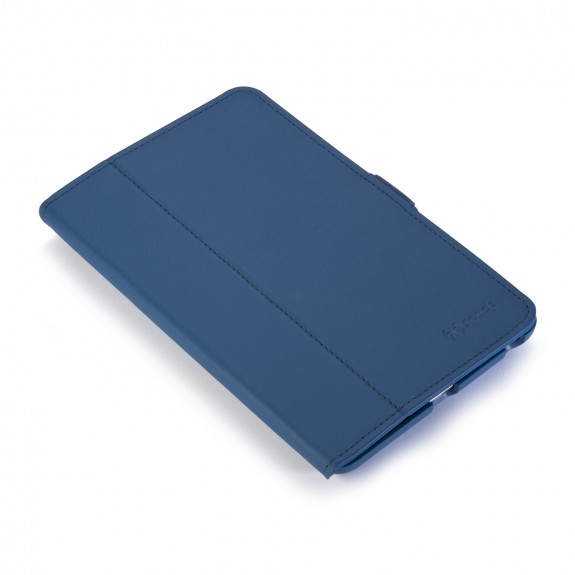 The Nexus 7 FitFolio is a slim cover that doesn’t add significant bulk to the portable form factor of the Nexus 7. The case features a snap clasp to keep the case closed and to keep the front flap tight to the back while the case is open. The front of the case includes a magnet that sleeps and wakes the Nexus 7 when closing and opening the case.

When it comes time to use the Nexus 7 with a bluetooth keyboard, join a Google+ Hangout or watch a movie, the hard plastic inner part of this case folds away from the micro suede interior to catch in one of four viewing angles to fit an airline tray table, desk, bed or other cramped place. 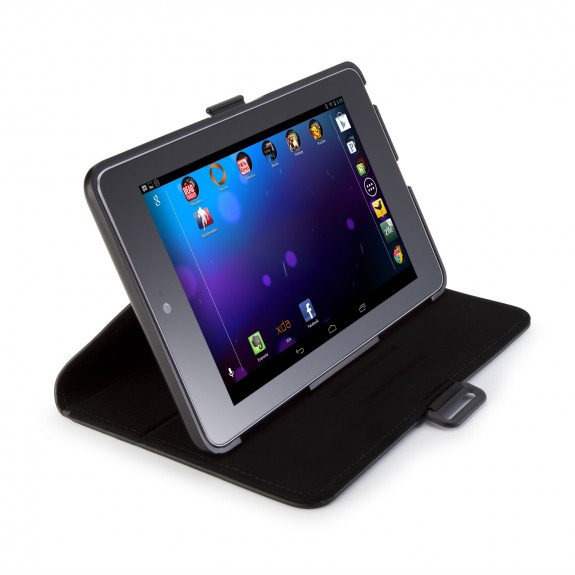 The Nexus 7 case from speck includes four angles for watching.

The case also folds back on itself to offer a typing angle. The Nexus 7 display is still small for a on-screen typing, but acts as a mobile productivity companion in a pinch.

The Nexus 7 FitFolio case from Speck is available now for $34.95 and includes a one year warranty on defects. Speck also offers the ShieldView, a matte screen protector for the Nexus 7 for $19.99.

Stay tuned for a Speck FitFolio for Nexus 7 review from GottaBeMobile. 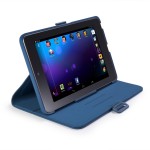 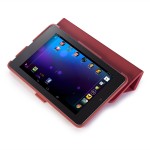 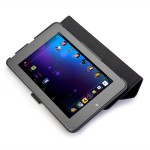