Google and Asus have an official cover for the Nexus 7, but the two companies have other accessories line up for future release.

According to Droid Life, a leaked Asus presentation shows a dock for the Nexus 7 as well as a Smart Case-like case and a leather Premium Case. The presentation originally appeared on Nordic Hardware, but the post is now removed, which leads us to believe that these images are legit.

The Nexus 7 Dock looks like a small, triangular piece of plastic that fits the Nexus 7 in landscape mode. The dock can charge the Nexus 7 using the pins on the side of the device. It’s scheduled for an August 24 release with a $49.99 price tag. 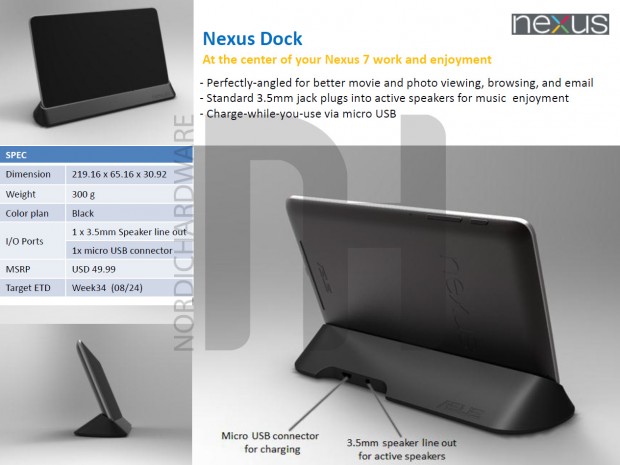 The Travel Cover sells for $19.99, and the other colors should hopefully arrive in the near future.

The Asus Premium Cover looks a lot like the Travel Cover, except it’s made of leather instead of rubber. The case has microfiber under the flap to keep the screen clean. It also uses”reinforced glass fiber” on the back to protect the Nexus 7 from drops and shock. The slide only shows the Premium Cover in a grayish color, but the slide says it will come in orange, red, brown, and white. 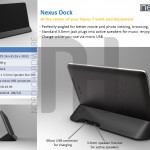 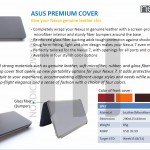 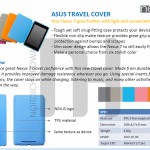