B&H Photo updated the Nexus 7 dock availability to January 10th and Excalibur PC also says the dock should arrive early this month, quoting January 6th for an ETA. It’s possible we will see the Nexus 7 dock and other Nexus 7 accessories on display at CES 2013 next week.

The Nexus 7 docking station is still available to pre-order on Excalibur PC for $39.99. B&H Photo offers an email alert for when the Nexus 7 dock is back in stock, also charging $39.99. 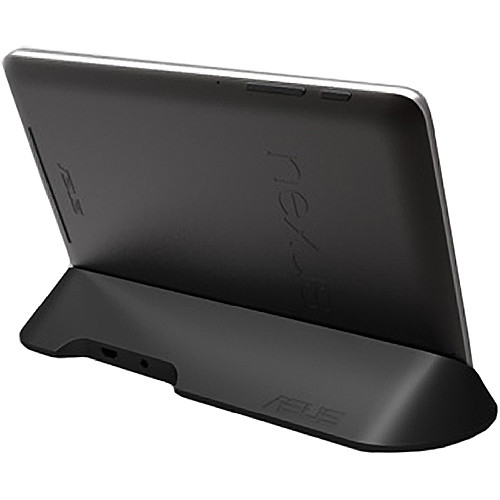 The Nexus 7 dock release date is set for early January.

The Nexus 7 dock will reportedly arrive in Europe in the middle of the month, according to Android Authority.

There is no word on when the Nexus 7 dock will arrive in the Google Play Store, but users may have better luck purchasing from third-party retailers, especially since there appears to be no mark up.

Google is struggling to keep the Nexus 4 and Nexus 4 case in stock at the Google Play Store, and has yet to sell the promised Nexus 4 wireless charging orb.

The Nexus 7 docking station is a small dock that holds the Nexus 7 in landscape mode. The dock connects to the four POGO pins on the bottom left of the Nexus 7. These small contacts allow the tablet to charge and to stream audio out through the 3.5mm headphone jack on the back of the dock. Users can pair this with a decent set of speakers to make movies and music sound better. Teh Nexus 7 dock will not likely work with the majority of Nexus 7 cases on the market.

There is no HDMI out, which makes the dock less exciting than the Samsung Galaxy Note 2 Smart Dock, a tool that turns the phablet into a small computer capable of streaming to speakers, an HDTV and supporting three USB devices.