The Google Nexus 7 accessory market is in for an influx of new keyboard cases, rotating cases and more.

According to MobileFun, Asus will soon introduce several new Nexus 7 cases, stands and a screen protector. These new Nexus 7 accessories join the Nexus 7 dock rumored to launch this month for $50.

The Nexus 7 bluetooth keyboard case from Asus is the most interesting new accessory. Mobile fun claims this is the official Nexus 7 keyboard case with a form-fitting folio design and a stand to prop the Nexus 7 up for typing or watching videos. 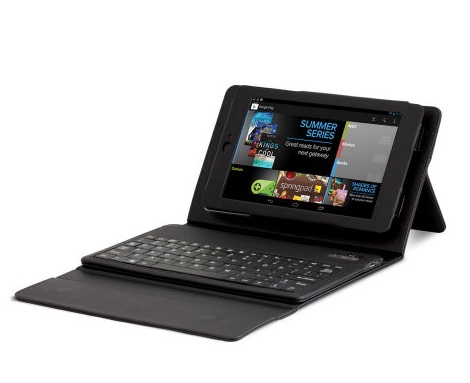 The Nexus 7 keyboard case includes a dustproof and spillproof full QWERTY keyboard that lasts 45 hours on the built in rechargeable battery. The rubberized keys won’t likely deliver an amazing typing experience, but Mobilefun claims it is a quiet keyboard. The case is £79.95, which is about $125 USD, but there is no official release date, so hopefully this price will drop when it is announced. 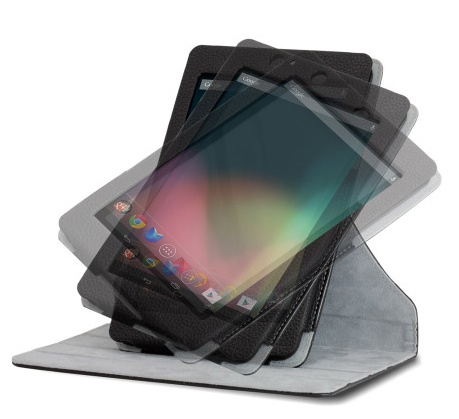 The Nexus 7 Rotating Stand case allows users to prop the Nexus 7 up in landscape or portrait orientation with a kickstand to set the display at various angles for proper viewing. The faux leather finish pairs with a soft internal finish to protect the display. The case has a preorder price of £27.95, or about $43 USD. 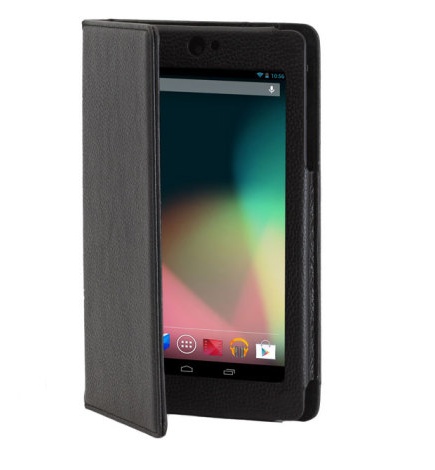 The Nexus 7 folio offers a book like case with a built in wallet for cards.

Also outed is a Nexus 7 Folio case that looks like most other folio cases, but form fit for the Nexus 7.  This case includes an internal wallet with spaces for cards and a magnet to activate the sleep and wake function of the Nexus 7. The case is available for preorder for £39.99, or about $62 USD. 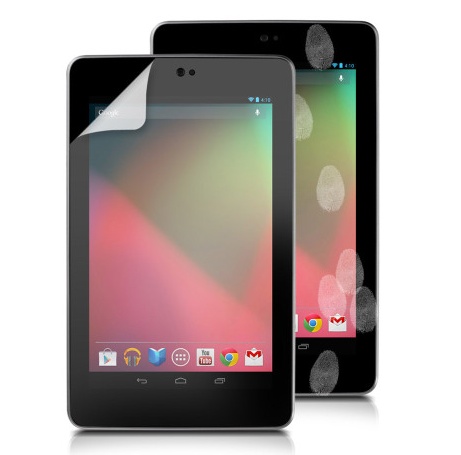 The Nexus 7 screen protector may retail or $20.

Asus is also reportedly planning a Nexus 7 stand case that props the device up at different angles, similar to the rotating stand case. We might also see an official screen protector for the Nexus 7, with a £14.95, or about $20 USD price tag.

We’re looking forward to growth of the Nexus 7 cases and accessory market as more manufacturers join Asus in the production of cases and docks.

Hopefully these cases are better than the official Nexus 7 case.