The Must Have Nexus 7 Accessory

The Google Nexus 7 tablet is an amazing tablet, but it screams for an always on data connection.

After using the Nexus 7 for a week, I’m convinced that a mobile hotspot is as important as a Nexus 7 case for anyone who owns a Nexus 7.

Unlike the iPad, I take the nexus 7 almost everywhere I go. This is easy because it fits in my front pocket, even in a pair of dress pants. There are plenty of offline activities, but the entire Android experience is built for a connected device. 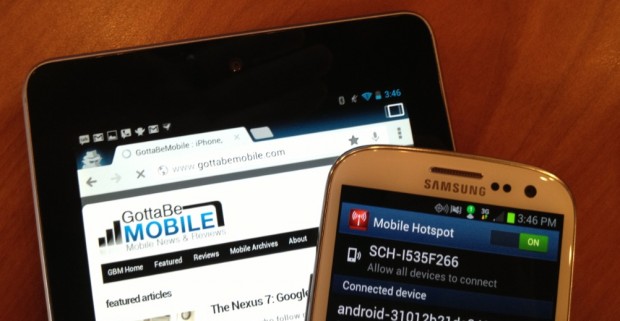 The Nexus 7 shines when paired with a mobile hotspot.

Sure Android 4.1 offers offline voice typing, but the really great features like Google Now need the Internet to work.

While it would have been amazing if Google had included 3G or 4G LTE connectivity, the upcoming shared data plans actually show their strength when we start talking about connecting tablets, even those without a cellular connection.

The mobile hotspot has quickly become my favorite Nexus 7 accessory, and as I am set to return the Verizon JetPack MiFi 4620L, it’s another reminder that I need to switch to the new Verizon Share Everything plans.

On the old Verizon plans, turning the iPhone or an Android phone into a hotspot runs $30 a month, but it is included in the new Share Everything plans. This is a huge plus for many users, especially those with a notebook or a WiFi only tablet. Now that everyone on my family plan has a smartphone we’re planning to make the switch.

The big downside is that we lose unlimited data, but in our case the 2 lines with unlimited data would lose unlimited data at the next upgrade. Share Everything plans make sense for my family because my parents use very little mobile data, and I connect to WiFi quite often. This allows us to share a smaller bucket of data and save a little each month while adding the mobile hotspot function to all our plans.