Setting up the Nexus 7 is straightforward, but if you want to make sure you’re new Jelly Bean tablet is ready to rock here are 10 set up steps to perform right out of the box.

This Nexus 7 setup guide covers the basics of getting the Nexus 7 configured and securing it for the future.

If this is your first Android tablet, treat this like a step by step guide for the Nexus 7.

If you’re an advanced Android user be sure to check out the security options and later steps for helpful tips on getting more out of the Nexus 7.

This video will show you how to get started on the Nexus 7.

Automatically Back Up the Nexus 7

The Nexus 7 will ask if you want to backup to Google’s servers. This option is highly recommended as it will make restoring app data, bookmarks, WiFi passwords, and other settings to the Nexus 7 if you need to reset it or switch to a new Nexus 7 unit down the road. 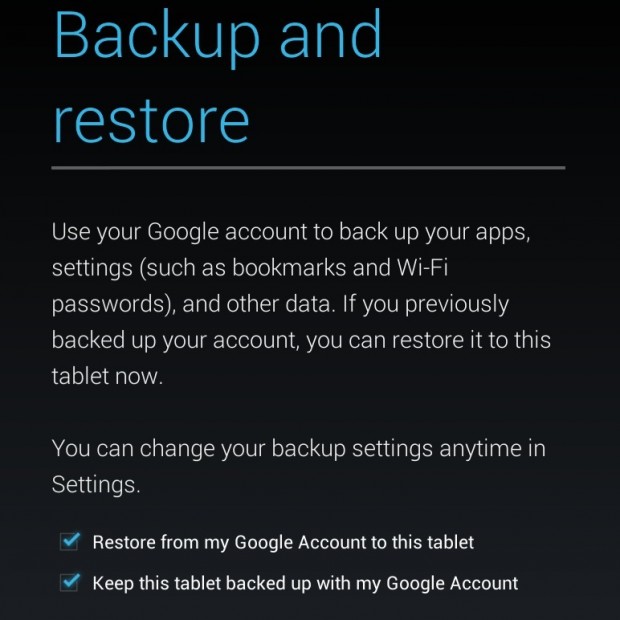 The Nexus 7 can automatically back up app data and settings.

If you don’t check this option game saves and other app stored data should be backed up manually with an app from the marketplace on a regular basis. I suggest using the Google device backup, even if you are wary of storing this info on Google’s servers for the simplicity of restoring down the road. 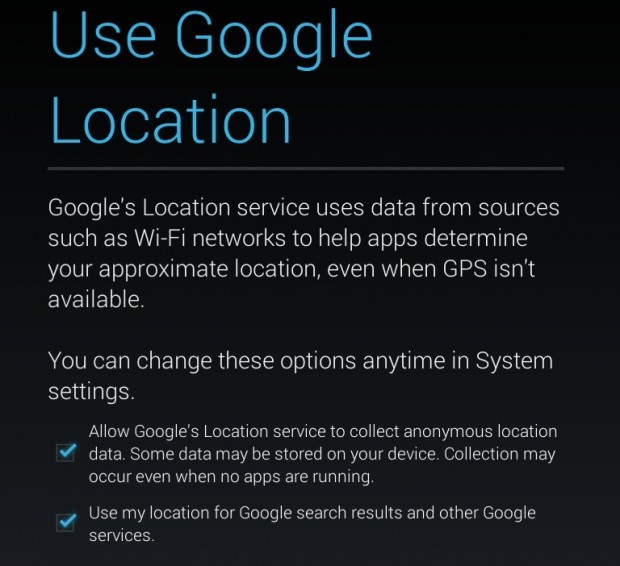 Just like smartphones, the Nexus 7 has GPS built-in so it can find exact locations quickly. When prompted, check the box and agree to terms of use, which are pretty standard.

If you have an Android phone you can use many of the apps you purchased on the Nexus 7. This is also a perfect time to claim the $25 Play Store credit that comes as a bonus for the Google Nexus 7 early orders.

Tap on the Play Store icon and when prompted agree to the Play Store terms and services. After logging in you should see an alert that you now have $25 in Google Play Store credit. This is good for music, movies, apps and magazines. 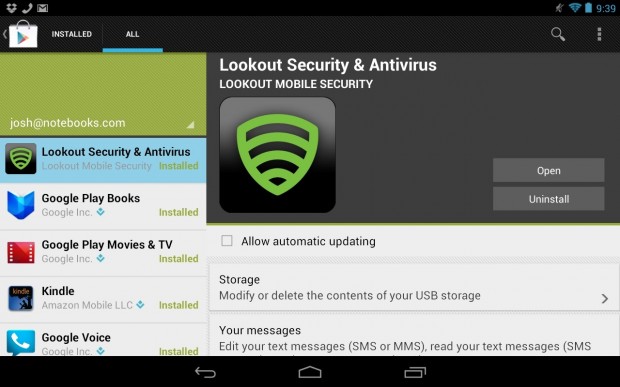 Install purchased apps from your phone on Nexus 7.

To restore any apps you purchased on your Android phone, Open Play Store and tap on the small Download icon in the upper right.

Swipe from right to left or tap on All if in landscape  to see all of your apps.

This list shows you all the free and paid apps linked to your Gmail account. From here it is possible to download the apps to the Nexus 7.

It’s easy to misplace gadgets that travel outside the house, and the Nexus 7 is small enough to be a constant travel companion. Install Lookout mobile to track your Nexus 7 in the event that it is lost or stolen.

Lookout Mobile is a free service that can locate and make your Nexus 7 emit a loud siren (even turning the volume up) so that it can be located. Unlike phones, the Nexus 7 will need to be connected to WiFi, so this isn’t a perfect solution, but it’s better than leaving the Nexus 7 un-trackable.

Lookout Mobile is a free way to find a lost or stolen Nexus 7 tablet.

Thanks to the GPS, you can track to an exact location, in my tests Lookout found the Nexus 7 and identified my house on Google Maps. Pro features include the ability to remotely lock and or wipe the device. In addition to tracking Lookout mobile scans for viruses and performs device backups.

In order to prevent others from using the Nexus 7 without your permission, you should lock the tablet. This is especially useful on a small tablet like the Nexus 7 that will go out of the house on a regular basis. 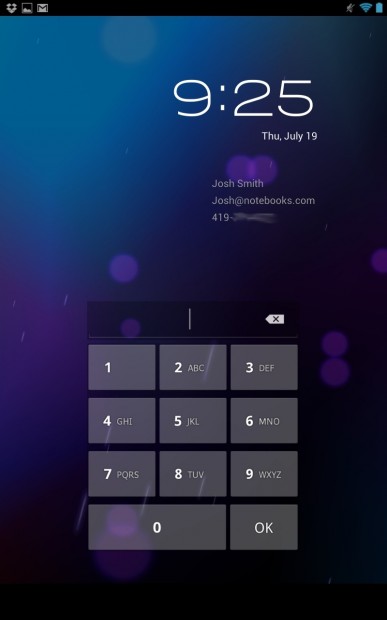 Choose to use a pattern unlock, PIN unlock or password unlock. The password unlock is probably the most secure due to the ability to use a long, strong password, but these options are better than leaving the Nexus 7 unlocked.

Enter your phone number or email address, and if you want a reward amount for the safe return of the Nexus 7.

Only Install Apps From Official Sources 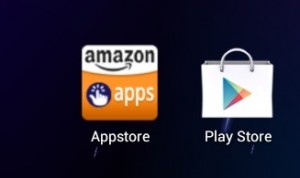 Most app and malware issues on Android come from installing apps from odd locations. In order to keep your Nexus 7 running smoothly we suggest sticking to the Google Play Store, Amazon Android App Store and GetJar.

Some apps might not be available in the official app stores, especially hacks and tweaks found in forums. Before installing these apps make sure other forums users report success, and no signs of malware.

The Nexus 7 has good build quality and a scratch resistant display, but it’s still a good idea to invest in a nice case. A good case will prevent damage over time, especially if you plan to take it out all the time.

There aren’t many case options available just yet, but we did round-up the Best Nexus 7 Cases available so far. 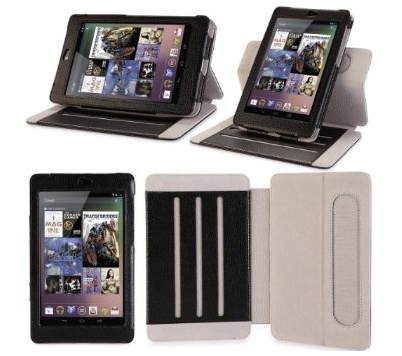 One of the available Nexus 7 cases.

If you want a cheap case, check out the clearance Kindle Fire cases at your local big box store to look for a cheap sleeve, but make sure you test the fit before buying.

Use Google Voice to Turn Your Nexus 7 Into a Phone

The Nexus 7 can’t make phone calls out of the box, but with a Google Voice number and the free Talkatone app, you can turn your Nexus 7 tablet into an internet phone.

Talkatone allows you to make and receive calls and text messages to your Google Voice number. 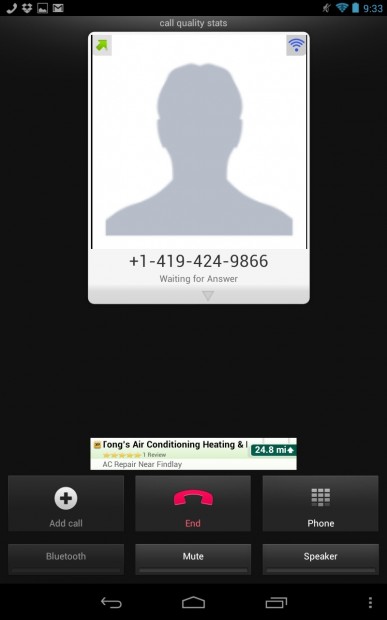 Make phone calls on the Nexus 7 tablet with Talkatone and Google Voice.

The official Google Voice app only allows you to send text messages, but with Talkatone you can answer incoming calls even if your phone is across the room.

With all the information kept on your Gmail and google accounts, its a good idea to secure your Gmail account with two step verification.The video below explains the benefits of this secure system.

Once you set up the two-factor authentication you may need to log in to your Gmail account on the Nexus 7 again, but from there it will remember your password.

The Nexus 7 is picky about what will charge it so we recommend picking up a spare Nexus 7 charger. You might also want to get a iPad car charger, which should put out enough power to charge the Nexus 7, though you may need the original USB cable to enable fast charging. 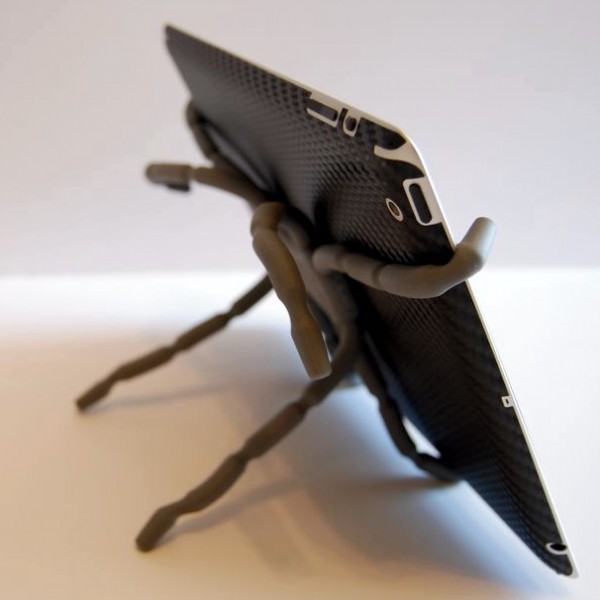 The Spiderpodium is a great Nexus 7 stand.

We also recommend a stand, like the SpiderPodium or a similar universal tablet stand to set the Nexus 7 on while watching movies or using it for video chatting.